For Mozilla’s newly-minted senior policy manager and IAPP member, Raegan MacDonald, the catalyst for her transition to the organization was simple and straightforward.

“I was looking for the next step,” she said. “For another challenge.”

But what she found at Mozilla did more than satisfy her quest for a challenge, it satiated her appetite to work towards affecting changes that will impact human beings in real ways.

She had previously spent four and half years in Brussels, slaying dragons with digital rights advocacy organization Access Now as a European policy manager. Initially coming on board when the agency was still fledgling in 2011, “I was able to build a small team,” she said. “We worked on the global data protection, net neutrality, a lot of really important legislation.” Witnessing the results of the work with a “great team” was electrifying. “I saw civil societies grow stronger … and I saw impact." 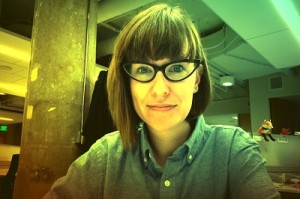 Leaving that kind of charged atmosphere was made easier because Mozilla and MacDonald seemed to be on the same wavelength, not only because the company was looking for someone Brussels-based, but because they shared the same focus.

“We're expanding to get involved in more privacy debates ─ encryption, copyright, net neutrality ─ what I wanted to do is expand their policy presence in Europe,” MacDonald said.

In addition, the company’s goals touched on what got her started in privacy in the first place. With the help of a scholarship from the European Commission, she initially traveled to Europe to earn a master’s degree in global studies.

“I wrote my thesis about asserting agency in Google’s information empire ─ it was actually inspired by an article in Wired called “We are the Web,” she said.  “It was during this era during the early 2000s on how individuals are empowered … when you bring privacy into the equation,” she said, growing more passionate as she explained. “Individuals' participation on the web is actually measured more by their data then what they’re producing content-wise,” she continued. “It was really about ‘agency’ [in] a technologically ubiquitous world. I got really into privacy and data protection.”

This zeal for empowering internet users fans the flame for her regard for Mozilla.

“Something that’s really great about Mozilla is that it’s kind of a unique actor in this system,” she said. “It’s both a company and a system ─ a community and an organization that creates a product. There are 10 basic principles,” she said, referencing the “Mozilla Manifesto,” a document that highlights the organization’s commitment to user privacy and data security through its basic ideas on internet use and privacy. Among its guiding philosophies are “the Internet is a global public resource that must remain open and accessible,” and “individuals’ security and privacy on the Internet are fundamental and must not be treated as optional.” These tenets set the tone for her work.

At Mozilla, “we are guided by these amazing policies. We can talk the talk and walk the walk. We actually have a product that actually reflects the privacy principles we have in our policies." The company comprises “engineers and tinkerers” who want “to advance these goals that are really about individual user control, and a better user experience, and a better web.”

MacDonald settled into her new role with one eye firmly trained on the future. In her crosshairs sits everything from Europe-centric legislation, like the General Data Protection Regulation (GDPR) and the contentious Snooper’s Charter, to net neutrality and creating a more sophisticated end-user experience.

Mozilla has progressive policy goals in the EU, with the hope of ensuring policies, in the end, benefit the individual; a sort of “copyright framework that is effectively flexible in the digital era” that ensures “that people aren’t restricted by tech barriers,” MacDonald said. Essentially, “we want to make sure there aren’t bad laws. And maybe even be a bit more progressive and have good laws."

Even though MacDonald serves in a capacity that focuses specifically in Europe, her outlook isn’t limited, especially when considering net neutrality. “This is quite a global issue for us. [Net neutrality] is “very close to my heart,” she said. “The Internet’s open. There are no gatekeepers. It’s what made the internet such a transformative and dynamic success. We want to keep it that way.”

User privacy is also in the spotlight. “Privacy is a huge issue for us as well,” she said. Some member states “have not necessarily upheld” their end of the bargain in terms of respecting constituent privacy “despite some landmark rulings … which have favored privacy very much. So we’re very concerned that governments have been extending their surveillance infrastructure.”

These ideas and privacy attitudes all boil down to something much less grandios for MacDonald, something much simpler that sets Mozilla apart and has grabbed MacDonald from the start, she said: user empowerment and affirmative change.

“Mozilla is contributing very positively to making the internet better. They actually are privacy protective. We collect the least amount of data that we can and anonymize it when we can and delete it,” she said. “Why I’m so proud to work here is that Mozilla creates products that empower individuals. That idea of empowering people to use products that work for them and control information ─ and shape their experience on the web ─ is something I find thrilling.”

On July 1, the regulations implementing the California Consumer Privacy Act required companies that process large volumes of data about Californians to publicly post metrics regarding data subject requests. While many companies have processed DSRs for years under the EU General Data Protection Regul...
END_OF_DOCUMENT_TOKEN_TO_BE_REPLACED queue Save This

In July, the office of the attorney general of California marked the one-year anniversary of its enforcement of the California Consumer Privacy Act by issuing a press release to tout its “successful enforcement efforts.” Also well-publicized, in the same announcement, the office unveiled a new Consu...
END_OF_DOCUMENT_TOKEN_TO_BE_REPLACED queue Save This

1
A period of transition for the U.K. data regime has morphed into a complete overhaul. Along with its recent announcement on the future of international data transfers, the U.K. government is now planning further shakeups that could dramatically alter the country's data protection landscape. U.K. Se...
END_OF_DOCUMENT_TOKEN_TO_BE_REPLACED queue Save This

2021 saw a record number of comprehensive privacy bills introduced at the state level. While the majority of state privacy bills failed, they reveal trends and common sticking points through multiple proposals. Across U.S. state legislatures this session, we saw a total of 29 comprehensive state pr...
END_OF_DOCUMENT_TOKEN_TO_BE_REPLACED queue Save This