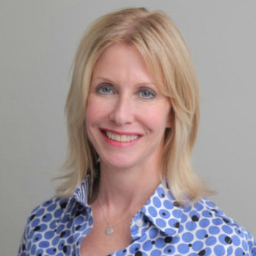 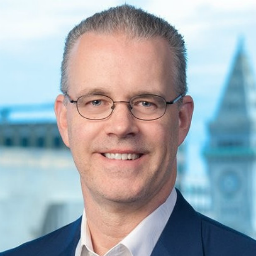 Insurance coverage disputes typically aren’t front-page news events, but two recent case filings have made headlines in legal, insurance and even mainstream news outlets. The cases attracting all the attention involve claims by corporate giants Mondelez International and Merck for losses each company sustained as a result of being infected with NotPetya, an encrypting ransomware.

The ecosystem and NotPetya background

The networked world is increasingly prone to data loss and theft. The Verizon "2019 Data Breach Investigations Report" describes a digital world in which hacking, social engineering and ransomware increasingly target the public and private sectors for financial gain and IP theft or espionage. The report attributes 23% of breaches — as opposed to security incidents — to “actors identified as nation-state or state-affiliated.” These state-sponsored attacks typically range from theft or espionage to financial gain; however, some attacks appear to have been driven by grudge or by swatting a neighbor.

NotPetya is a ransomware attack first seen in Ukraine in June 2017. Within hours, the malware spread beyond the initial targets in Ukraine to Merck, Maersk, FedEx and many others. Once in those networks, it reportedly spread rapidly from European computers and servers to those in the U.S. and even Australia.

Ultimately, many firms were "collateral damage" from the NotPetya attack. Entire networks had to be shut down to prevent further spread of the malware. It may well have taken days to segregate, inspect, cleanse and restart priority systems, then weeks before less critical applications and communications of affected firms were functioning.

Insurance – whether a cyber product or otherwise – is something that we usually purchase to hedge the risk of a hopefully unlikely event with significant operational or financial impact. Mondelez and Merck contend that this is not proceeding according to plan.

According to Mondelez’s complaint against Zurich American Insurance Company, its insurance policy provides coverage for “all risks of physical loss or damage” to Mondelez property, including instances of “physical loss or damage to electronic data, programs, or software ... caused by the malicious introduction of a machine code or instruction." Under its policy, Mondelez said it incurred insured losses well in excess of $100 million. Mondelez alleged that Zurich denied coverage based on a policy exclusion “for hostile or warlike action in time of peace or war, including action in hindering, combating or defending against an actual, impending or expected attack by any: (i) government or sovereign power; (ii) military, naval, or air force; or (iii) agent or authority of any party specified in i or ii above.”

In its complaint against more than 20 insurers, Merck alleged that it experienced a “network interruption event … resulting from a malware infection, which involved the destruction, distortion or corruption of its computer data, coding, program or software resulting from malware presented as ransomware.” The event allegedly “led to extensive disruption of Merck’s worldwide operations” and adversely affected Merck’s sales. Merck claims that its losses “exceed the deductibles or attachment points” of all the insurance policies at issue and that the defendants reserved the right to deny coverage based on their policies’ war exclusions.

The policies at issue with both Mondelez and Merck are property policies. The claims involve cyber events, but the policies are not privacy or network security insurance policies. In fact, Merck notes in its complaint that it has received payment for its NotPetya claim under its cyberinsurance policies, saying that its cyberinsurers “have been making payments to Merck or otherwise have not contested their coverage obligations.” That is consistent with recent statements by a leading cyberinsurance broker that cyberinsurers have not denied claims based on a war exclusion.

The sky is not falling

Initial reports of these insurance disputes led to concerns that cyber incidents involving state actors would not be covered in vast numbers under cyber policies, which often contain a war exclusion because of the extensive role of state actors. For example, Ariel Levite, a senior fellow at the Carnegie Endowment for International Peace, said in a New York Times article April 15 that “you’re running a huge risk that cyberinsurance in the future will be worthless.”

But perhaps we are viewing this through an old lens. Insurance has often been purchased to address hazards. Specifically, an organization obtains a policy to counter the slim risk of a fire, flood or other catastrophe. Fred Kaplan wrote an article for Slate in April in which he argues the inevitability of attacks – state-sponsored or otherwise – means that we should view cyberinsurance more like we do health insurance: coverage against the inevitable, rather than against a hazard risk.

Whether the NotPetya attack falls within the formal definition of war, the Verizon 2019 DBIR and other reporting assert that even state-sponsored attacks can be driven by motives ranging from financial gain and IP theft to espionage and retribution. Depending on the wording of the specific insurance form at issue, even Sony-type events could arguably fall outside a war or terrorism exclusion. This is not to diminish the impact of “collateral damage” events on the insured, but so far, the extent of  “war” events remains small within the scope of what cyber policies cover.

Mitigating the risk of a war exclusion claim denial

While cyberinsurance holders should take comfort in the fact that their providers appear to be covering alleged state-sponsored events, here are some strategies companies can consider to mitigate the risk that a cyberinsurer will deny a claim based on a war exclusion:

Photo by Jefferson Santos on Unsplash

The U.S. National Institute of Standards and Technology has published draft guidelines that set out to help tech companies bolster software security while working to help consumers choose the most secure technologies, Nextgov reports. The framework involves principles for software preparation, prote...
END_OF_DOCUMENT_TOKEN_TO_BE_REPLACED queue Save This

The U.K. National Cyber Security Centre has released two new items to its security architecture guidance. The NCSC put together cybersecurity design principles designed to ensure networks and technologies are created with proper cybersecurity measures. The principles are divided into categories that...
END_OF_DOCUMENT_TOKEN_TO_BE_REPLACED queue Save This

After receiving government funding, the Australian Cyber Security Centre is adding to its newly developed response team that will strengthen the country's cybersecurity presence. The ACSC will hire as many as 10 cybersecurity professionals by July, adding to a flying squad that assists agencies with...
END_OF_DOCUMENT_TOKEN_TO_BE_REPLACED queue Save This

Companies have started to look at individuals without formal experience or traditional four-year degrees to fill in cybersecurity positions, The Wall Street Journal reports. Industry career website CyberSeek currently lists about 300,000 open cybersecurity positions on the market. In order to find t...
END_OF_DOCUMENT_TOKEN_TO_BE_REPLACED queue Save This