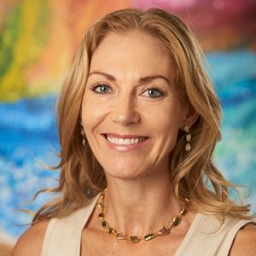 Serendipitous. That’s what I thought when I got into the car at 7 a.m. and privacy was upfront and central as Scott Ludlam denounced proposed data retention laws. Twelve hours later, privacy again. The moment I switched on “Drive,” Waleed Aly and Rebecca Huntley were discussing the right to be forgotten.

“A certain man once lost a diamond cufflink in the wide blue sea, and 20 years later, on the exact day, a Friday apparently, he was eating a large fish, but there was no diamond inside. That’s what I like about coincidence.” — Nabokov, Laughter in the Dark. In other words, privacy has hit its straps. The privacy stories I encountered were no coincidence. As Richard Thomas predicted in our 2013 iappANZ Summit, privacy has become sexy. It has mass appeal.

Here is another bumper crop of the week’s privacy stories.

Australians have a reputation for being easygoing and keen to simplify their lives, but the hackles go up when they find their information is not being used transparently. A good read is the special report on technology and growth in the Australian Financial Review. It makes sense, as Andrew Wilson points out, because not all data is created equal. Trust weighs in as the essential ingredient for organisations wishing to capitalize on making that information more useful for their consumers and valuable for them. It’s not rocket science, but it seems to be hard because information still doesn’t look like a gold bar, and so the levels of security and respect do not always exist.

Ebola raised its head in the privacy realm this week, a little like it did last week with the armed forces, as Dr. Jon LaPook speaks about the importance of full and frank disclosure, which may just cross the privacy boundaries, to save lives.

Then there is the discussion on the Internet Bill of Rights for Italian web users, takeaways from the 36th Annual International Conference of Data Protection and Privacy Commissioners and  the extraordinary statistics we foreshadowed last week in the OAIC Annual Report, as well as a Q and A with the privacy commissioner and a hot new release from the NSW privacy commissioner about offshoring records.

Breaches never cease to titillate, and there were some whoppers this week, including another immigration department breach. And where there are breaches, there is business to be had, as we see with the company in South Australia that is focusing on stopping hackers coming in through your air conditioning. All of this seems almost tame when you read the story about the breach in China, which appears to have been programmed to coincide with the release of the iPhone 6.

Kia ora koutou, Since my last introduction, in which I signaled that New Zealand was slightly relaxing its national lockdown (from alert level 4 to alert level 3), we’ve been lucky enough to enjoy a further relaxation of our COVID-19 response state. As of Wednesday last week, NZ has been at alert l...
END_OF_DOCUMENT_TOKEN_TO_BE_REPLACED queue Save This

While COVID-19 has brought about changes to our daily lives, "it has not brought U.S. Congress any closer to bridging the partisan divide over the shape and scope of federal privacy legislation," writes IAPP Senior Westin Research Fellow Müge Fazlioglu, CIPP/E, CIPP/US. In this piece for Privacy Per...
END_OF_DOCUMENT_TOKEN_TO_BE_REPLACED queue Save This

The latest COVID-19 contact tracing updates from Norway, the Philippines, UK and more

Countries around the world continue to grapple with COVID-19 contact tracing apps and their privacy applications. Here are the latest developments regarding the deployment of those apps: Apple and Google announced authorities from 23 countries have sought access to the companies' contact tracing ...
END_OF_DOCUMENT_TOKEN_TO_BE_REPLACED queue Save This

New Zealand Police tested facial-recognition software Clearview AI without necessary clearance from authorities or the Office of the Privacy Commissioner, Stuff reports. Police decided not to use the technology after the two-month trial by a team in the “high tech crime unit,” during which dozens of...
END_OF_DOCUMENT_TOKEN_TO_BE_REPLACED queue Save This