The IAPP is pleased to introduce the European data protection experts who contribute to the European Data Protection Digest e-newsletter on a weekly basis. Subscribe here. 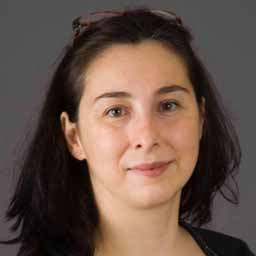 Pascale Gelly, CIPPE and CIPM, is Regional Data ProtectionPrivacy Officer — EMEA at ADP. Previously, she has developed an extensive practice of emerging and international data protection issues, in house with GE and as an outside counsel.

Gelly has been one of the players in the elaboration of the model clauses approved by the EC Commission in 2004 and in the adoption of BCR as a data transfer mechanism. She has been playing an active lobbying role in Europe on matters including e-marketing, whistleblowing, DPOs and the simplification of notifications.

Gelly is Vice-President of AFCDP French Association of Privacy Practitioners in charge of International Affairs and a leader of CEDPO Confederation of European Data Protection Organizations. She drives the AFCDP working groups on international data transfers and the GDPR. 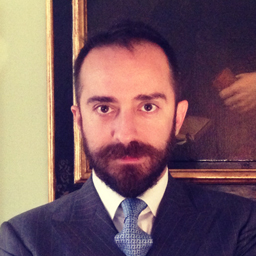 Rocco Panetta is an Italian lawyer, speaker and writer, previously Head of Legal at Garante, the Italian DPA.

He is founding and managing partner of Panetta & Associati Law Firm, an international law boutique leader in Italy and EU on privacy, data protection, Internet, e-commerce and TMT.

Rocco Panetta has been a top-level officer at the Garante, the Italian Data Protection Authority heading the legal department supervising and dealing with, inter alia, marketing activities, public licensed operators and international data transfers. While at the Privacy Authority he has been Italy’s representative at the European Commission within the activities of Art. 29 WP, involved in subgroups on BCR, SCC, SH, APIS/PNR, IMI.

He has authored and edited more than 150 publications, including books, articles and collections. Editor of the column “Beyond Internet” for Cor.Com. Speaker at conferences and events at national and international level.

Rocco is currently a member of the IAPP Board of Directors and he is IAPP Country Leader Italy; he is member of the Steering Committee of IIP (Istituto Italiano Privacy); the IEL (Institute of Energy Law); the Center of American and International Law; the IBA (International Bar Association); and he is the Secretary General of the ICF (Italian Compliance Forum).

As a lawyer, Rocco Panetta is ranked among leaders by Chambers Europe, the Legal500, TopLegal, Who's Who Legal. In 2015 Rocco has been awarded as The Best Privacy Lawyer of the Year at the TMT Legalcommunity Awards and he has been named No. 20 out of the best 40 Italian Lawyers under 50 yo by TopLegal. 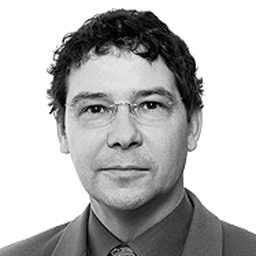 Bruno Rasle is executive director of the AFCDP (French Association of Privacy Correspondents). A data security and Internet optimization expert, he pioneered and created the IP Quality of Service market in France. Bruno is co-author of the book Halte au Spam (Eyrolles, 2003), and was a member of the French government's anti-spam task force. In this role, he organized the Spam Forum Paris, which was held at the French National Parliament. A regular columnist for the main French IT magazines, he is the editor of the AFCDP newsletter L'actualité des données personnelles. 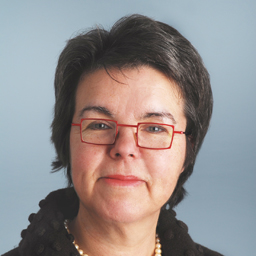 Henriette (Jetty) Tielemans is a partner in the Brussels office of Covington & Burling LLP and co-chair of the firm's Global Privacy and Data Security Practice. She was selected by the European Commission to join the five-member team of the commission's expert group on privacy (GEXPD group). She advises multinationals on all aspects of EU data privacy and security, including national law requirements of most EEA member states, and regularly assists with international transfers of their employee and customer data, including helping them certify under the EU-U.S. Safe Harbor Agreement or advising them on how to adopt binding corporate rules.

Tielemans is a regular speaker at privacy conferences organized by the ABA and FTC and has written extensively on privacy-related issues. She holds law degrees from the University of Antwerp (Belgium) and Harvard. She is fluent in Dutch, French, English and German.

A view from DC: Privacy and truth, CHIPS and Science Act, FTC, and more

IAPP Managing Director, Washington, D.C., Cobun Zweifel-Keegan, CIPP/US, CIPM, breaks down the latest privacy happenings in the nation’s capital, including thoughts on how the concepts of privacy and truth coexist. Also, privacy-related notes on the CHIPS and Science Act, and the U.S. Federal Trade ...
END_OF_DOCUMENT_TOKEN_TO_BE_REPLACED queue Save This

A view from Brussels: Reflections on the CJEU decision on special categories of data

As most of Europe is swaying into an unusually warm summer recess, the Court of Justice of the European Union is turning up the heat for privacy professionals. On 1 Aug., it issued a preliminary ruling on a couple of questions of legal interpretation referred by a Regional Administrative Court in Li...
END_OF_DOCUMENT_TOKEN_TO_BE_REPLACED queue Save This

Businesses deploying blockchain technologies lack clarity regarding potential EU General Data Protection Regulation compliance, Bloomberg Law reports. Blockchain data is retained and stored without the ability to delete, which brings potential violation of the right to be forgotten under Article 17 ...
END_OF_DOCUMENT_TOKEN_TO_BE_REPLACED queue Save This