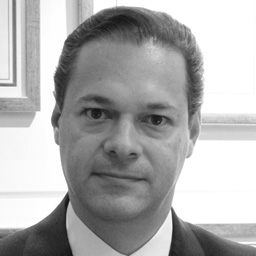 After 15 years of discussion, Brazil's government has enacted a law that typifies computer-related crimes and covers important issues such as electronic device invasion, unauthorized remote access and interruption of web services. This article intends to analyze some aspects of thelong-awaited Law 12.737/2012.

The first point to mention is the fact that the law limits the typifying of invasion to cases in which an “infringement of security mechanisms” occurs, excluding computer devices without protection mechanisms from the enforcement. Moreover, the expressions “security mechanism” and “computer device”—only hardware, what about software?—are not defined by the law, raising doubts about the legal framework in certain cases.

Furthermore, since the conduct “to invade”gives the idea of “entering forcefully,”cases of inappropriate acquisition of data through social engineering techniques and other means; e.g., disclosure of password by the owner to third parties, theoretically would not be included in the newly born classification. This is because such actions would not constitute violation but merely unauthorized access.

Additionally, it is possible to foresee a broad debate about who would be the “owner of the dispositive” invaded—an expression used to designate the victim. The legal text seems to refer only to the owner, not clarifying if an eventual possessor or user could also be protected.

It is also important to mention that concerning the penalization of disclosure of industrial secrets obtained by invasion, there is an apparent duplicity of legal prediction; the improper disclosure was already considered a crime by the Protection of Industrial Property Law (Law 9.279/96).

It’s true enough that the new law comprises many other interesting topics. However, the sentences imposed appear to be too soft, allowing the enforcement of the conditions of Special Courts’ proceedings. This when the international trend is precisely the opposite; recently it became news that the state of California condemned to 10 years of prison a hacker accused of stealing pictures from celebrities through the web—in addition to the payment of a compensation for the sum of $76,000.

Obviously, we are not advocating the sudden increase of Brazil’s prison population just to punish computer crimes. Nevertheless, it is hard to understand how the creation of a law after so many years of debate can establish punishments with such a weak deterrent effect. Such aspect of the penalties is disconcerting since, in the majority of computer crimes, the material loss is just a small part of the problem; the damage occurs within the intimatesphere of private lives or concerning sensible business information—what makes the lost data invaluable for the victim.

For these reasons, it seems lenient to punish such conducts with the concession of benefits directed to minor crimes. If technology achieved a relevant role in the daily life of the Brazilian citizen, the law should follow this change, recognizing in practice its gigantic potential to affect people’s lives—for better or, unfortunately, for worse.

Amazon filed its appeal to the proposed 746 million euro EU General Data Protection Regulation fine handed down by the Luxembourg's National Commission for Data Protection in July, Bloomberg reports. The challenge was submitted to Luxembourg's Administrative Tribunal. While declining to comment on t...
END_OF_DOCUMENT_TOKEN_TO_BE_REPLACED queue Save This

The High Court of Kenya halted the launch of the country's identification system, the Huduma Namba, over violations of the Data Protection Act, Nairobi News reports. The government planned its ID card rollout before performing a required impact assessment under the DPA. The Huduma Namba system combi...
END_OF_DOCUMENT_TOKEN_TO_BE_REPLACED queue Save This

Microsoft is closing the version of its LinkedIn professional networking site that operates in China, The Wall Street Journal reports. LinkedIn said the decision came after it faced "a significantly more challenging operating environment and greater compliance requirements in China." In May, LinkedI...
END_OF_DOCUMENT_TOKEN_TO_BE_REPLACED queue Save This