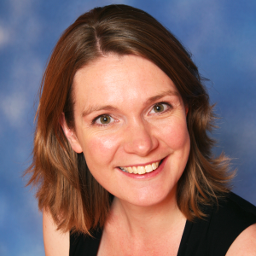 Two years ago this week, I attended my first IAPP conference and the first-ever Data Protection Intensive.

The rain lashed down in London all week and from Christopher Graham’s keynote to the Exhibition Hall the talk was of nothing but cookies. Enforcement of the EU Cookie Directive in the UK was exactly one month away (26 May 2012) and "explicit consent" was still very much on the table. None of us had ever heard of Edward Snowden; few were familiar with the NSA, and the thought of a play called PRIVACY opening in the West End would have seemed extraordinary (in fact the last one still does!).

It is interesting now to revisit the intensity of those discussions and the genuine concern as businesses worried about how to comply with the Directive whilst not bringing their entire website functionality to a grinding halt. Once the UK Information Commissioner's Office (ICO) published its revised advice on the eve of the Directive coming into force, the market started to settle and adopted a range of solutions from robust opt-out platforms to a pop-up tickbox—or just doing nothing and hoping to escape under the radar.

A TRUSTe research study of 231 top UK consumer websites carried out in July/August 2012 found that 63 percent had taken some action to comply with the Cookie Directive of which just 12 percent had implemented robust cookie control mechanisms. For the companies that were early adopters, separate analysis found they were seeing very low levels of opt-out and so could be confident that they could be compliant without losing customers and could build trust with their customers by giving them both notice of the tracking activity and the ability to easily make an informed choice about their tracking preference.

By the end of 2012 the media headlines had died down and a different form of commentary emerged to a point where the EU Cookie Directive is often quoted as an example of "bad" legislation.

Two years on, there were no sessions on cookies at this year’s Intensive, and my Google alerts for “cookie directive” bring close to zero results to my inbox. Yet at TRUSTe we have seen just as many global companies adopt our comprehensive cookie management solution in the first quarter of this year as in any other quarter of the last two years. This week we have introduced a series of new product enhancements to our cookie management solution (TRUSTed Consent Manager) to meet the growing requests for more sophisticated controls from enterprise clients.

With enforcement activity so far amounting to little more than notices from regulators and some limited fines in Spain, we were curious why companies were actually increasing their investment in this area? I offer three potential reasons:

1) Privacy is increasingly seen as a market differentiator, particularly for global and U.S. businesses keen to earn trust in the European market in the context of Snowden and Safe Harbor.

2) Some global businesses see the EU Cookie Directive as a way to get ahead of the compliance curve with the proposed EU Data Protection Regulation on the horizon.

The UK ICO was clear from the start that it wanted to achieve adoption through education and industry collaboration rather than draconian fines and extensive enforcement action. So if this third option is really the case, then apparently all it took was some regulatory patience to raise industry and consumer awareness and achieve a significant behaviour change.

As we embrace the new privacy challenges of the Internet of Things and global data flows, there are many lessons we can learn from the EU Cookie Directive.

Finland’s data protection authority fined Taksi Helsinki Oy 72,000 euros for violating data protection legislation. The taxi company did not assess the risks and impacts associated with processing personal data before introducing a camera-based voice and video surveillance system, the Office of the ...
END_OF_DOCUMENT_TOKEN_TO_BE_REPLACED queue Save This

As the COVID-19 pandemic continues, here are the latest stories on how the outbreak has affected privacy in the Asia-Pacific region: Speaking to 2,000 Filipino privacy professionals and advocates during the National Data Privacy Conference, National Privacy Commissioner Raymund Enriquez Liboro ca...
END_OF_DOCUMENT_TOKEN_TO_BE_REPLACED queue Save This

The evolution of the 'reasonable security' standard in the US context

Unreasonable security measures can subject a company to fines from the U.S. Federal Trade Commission and place it at risk of a data breach. For both of these reasons, a company must take care to ensure the security measures it implements are reasonable. But the FTC does not provide a definition of “...
END_OF_DOCUMENT_TOKEN_TO_BE_REPLACED queue Save This

Discussions on federal privacy legislation have mostly taken a backseat during unsettled times in the U.S. However, the turbulence being endured helps "make clear that privacy legislation is even more relevant now than ever," according to Brookings Institute Tisch Distinguished Visiting Fellow Camer...
END_OF_DOCUMENT_TOKEN_TO_BE_REPLACED queue Save This