The Privacy Advisor keeps tabs on new privacy products hitting the market each month. Below is a list of products we think you might want to know about; for more information about them, click on the hyperlinked titles above each logo. Got a product you want showcased? Email Courtney Gabrielson at cgabrielson@iapp.org.

Sikur GranitePhone is now available for preorder. The phone aims to connect users while guarding their privacy utilizing software dubbed Sikur to encrypt calls, texts and other messages. The device, which costs $850, comes with 2GB of RAM, 17GB of internal storage, a 5-inch 1080p screen and Snapdragon 615 processor. 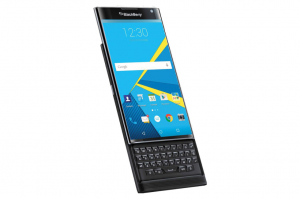 BlackBerry announced the impeding release of its Android phone with a focus towards user privacy: the Priv. The device utilizes a sliding keyboard with a 1440p screen, 3GB of RAM and 32GB of storage, a camera and Snapdragon processor. It also includes BlackBerry app DTEK that serves a "warning system."

Silent Circle’s privacy-focused Blackphone has a new iteration: Blackphone 2. The Android mobile utilizes a system called “Spaces” that creates virtual phones in such a way that a work and personal phone can be fused in one device. Meanwhile, its “Silent Phone” software encrypts texts, contacts and other messages. Widely released in September, the Blackphone 2 runs for $799.

Anti-Spy for Windows 10 by Ashampoo.com

Ashampoo.com released a new way for the Windows 10-loyal to keep their data from getting sent without their permission: Anti-Spy for Windows 10.  App users can manipulate the free software so that it tailors what is sent and shared and what isn’t.

Cyberclaims911, a new offering from IDT911, aims to create a greater level of ease for the processing of online insurance claims while maintaining a high level of privacy protection and low cost. The system boasts a nationwide applicability, secure access and the ability to keep a close eye on state and federal privacy laws and update itself should they change.

Cybersecurity organization ThreatSTOP and regional cloud provider Orixcom have allied to provide a services that will enhance privacy and connectivity in the Middle East and Africa, with ThreatSTOP managing malware identification and data protection while Orixcom delivers customer support, training and sales.

Tag Inspector announces Tag Inspector Realtime, a new program from InfoTrust LLC that permits web site managers to see if 3rd party tags load as well as their identities and the pages on which pages they appear. Then, users can validate the tag data. This patent-pending application also lets one inspect the results in Reports, UI or API.

MediaPro unveiled a role-bases interactive privacy and risk-awareness training program for corporations. Utilizing its Adaptive Awareness Program, the eight-hour training aims to streamline policy messaging while bettering privacy understanding and employee behavior regarding it. The program also includes specialized training for those in niche roles, like Human Resources.

On July 1, the regulations implementing the California Consumer Privacy Act required companies that process large volumes of data about Californians to publicly post metrics regarding data subject requests. While many companies have processed DSRs for years under the EU General Data Protection Regul...
END_OF_DOCUMENT_TOKEN_TO_BE_REPLACED queue Save This

In July, the office of the attorney general of California marked the one-year anniversary of its enforcement of the California Consumer Privacy Act by issuing a press release to tout its “successful enforcement efforts.” Also well-publicized, in the same announcement, the office unveiled a new Consu...
END_OF_DOCUMENT_TOKEN_TO_BE_REPLACED queue Save This

1
A period of transition for the U.K. data regime has morphed into a complete overhaul. Along with its recent announcement on the future of international data transfers, the U.K. government is now planning further shakeups that could dramatically alter the country's data protection landscape. U.K. Se...
END_OF_DOCUMENT_TOKEN_TO_BE_REPLACED queue Save This

2021 saw a record number of comprehensive privacy bills introduced at the state level. While the majority of state privacy bills failed, they reveal trends and common sticking points through multiple proposals. Across U.S. state legislatures this session, we saw a total of 29 comprehensive state pr...
END_OF_DOCUMENT_TOKEN_TO_BE_REPLACED queue Save This