It was a big week for startup DuckDuckGo when Apple announced at its WWDC event this week that it would include the privacy-promising search engine as a default option in the Safari browser for the next version of the Mac OS and iOS.

While DuckDuckGo CEO and founder Gabe Weinberg couldn’t discuss details of the deal with Apple in an interview with The Privacy Advisor, he did say it’s a milestone for a little startup like his.

“We’re completely thrilled to be a part of Safari,” he said. “We’ve been trying to break into the top four browsers since we started. It was a major milestone for us.” And potentially a milestone for privacy as a business driver. 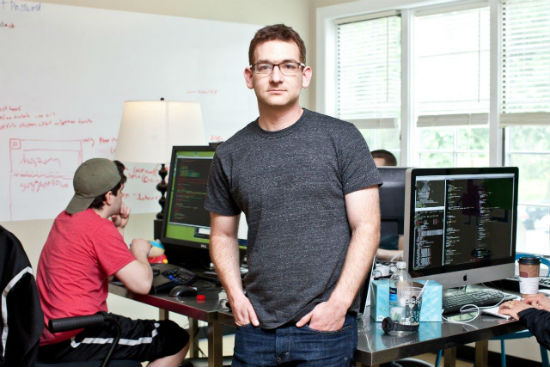 Weinberg started the search engine in late 2007 in an effort to simply build users a better search experience by developing an open source platform that allowed “anyone in the world” to contribute to the answers returned to a users’ search query. He hoped to provide smarter answers with less spam. Noticing that there are thousands of sites dedicated to very specific categories—Yelp for restaurant reviews, Rotten Tomatoes for movies, etc.—and while other search engines were taking a closed approach in which they were buying user data from other companies in order to market to them better, DuckDuckGo set out to take the opposite approach.

“Which is to have our users tell us the best site for different sources for different searches and putting those answers above the search results,” Weinberg said. That’s a win-win because users “get better answers for all kinds of topics” and the sites get the user traffic.

At the end of 2008, the Pennsylvania-based search engine launched, and shortly thereafter, Weinstein started getting questions about privacy. Questions like, “What kind of personal information are you storing and for how long?” Weinstein recalls. It was something he hadn’t really thought about until then.

In the early years, Weinstein—who now leads a staff of about 20 people—worked alone and was self-funded. He did some investigating on his own and decided that search engine privacy really wasn’t being addressed in the market offerings. Sure, most of the personal information posted to the Web was posted to social networking sites. But people were choosing to post that information. On search engines, he said, users were typing in what they sometimes didn’t even realize was revealingly personal; terms on their health or financial questions, for example.

In addition to that, Weinstein said, search engines were increasingly handing that data over to the government and marketers and he saw that freaked some users out.

“People don’t like to be tracked,” he said. As such, DuckDuckGo doesn’t track users whatsoever. But how can a search engine make money in a Web ecosystem where so many advertising dollars are exchanged based on knowing where users eyeballs are falling?

“Not tracking doesn’t impact the business model because advertising is based on key search terms and not the people themselves,” Weinstein said.

So, for example, if a user types in a search on “shoes,” a targeted ad appears from some shoe company. But all users are shown the same search results.

“It’s a myth that you need to attract people to make money,” Weinstein said of DuckDuckGo’s business model. “The other companies are tracking you for other reasons—because they run ad networks where they need that information to follow you around the Internet, whereas we just focus on Web search areas, and we are able to target ads to them just based on that.”

Then the Snowden revelations hit last summer, and Weinstein’s little company blew up.

“We did a little over a billion searches last year, and we’ve grown a little over 300 percent since last summer,” Weinstein said.

Now, there is the deal with Apple.

While he can’t discuss the role that privacy played in the agreement, Weinstein said he’s confident the experience DuckDuckGo is able to provide users, with its focus on smart answers and privacy, will be well received by the potentially millions of new users the deal with Apple is likely to bring.

The company’s greatest problem has been getting the word out, Weinstein said. Apple might be able to help with that, a bit: “Getting in with Safari is a major step in the right direction.”

The European Commission and U.K. Information Commissioner’s Office both took steps to address the developments and challenges around data and artificial intelligence. On Wednesday, the commission released its EU data strategy. The document outlines the commission’s five-year plan for “policy measur...
END_OF_DOCUMENT_TOKEN_TO_BE_REPLACED queue Save This

What is and what isn't subject to a DPIA under GDPR? An update

We know, there's lots of privacy news, guidance and documentation to keep up with every day. And we also know, you're busy doing all the things required of the modern privacy professional. Sure, we distill the latest news and relevant content down in the Daily Dashboard and our weekly regional diges...
END_OF_DOCUMENT_TOKEN_TO_BE_REPLACED queue Save This

Regulatory priorities were the inaugural topic du jour here in Paris at the IAPP Europe Data Protection Intensive: France. CNIL President Marie-Laure Denis outlined her agency's aims during her keynote address Wednesday morning.  Online advertising and cookies are a focus for the CNIL right now, sh...
END_OF_DOCUMENT_TOKEN_TO_BE_REPLACED queue Save This

We know, there's lots of privacy news, guidance and documentation to keep up with every day. And we also know, you're busy doing all the things required of the modern privacy professional. Sure, we distill the latest news and relevant content down in the Daily Dashboard and our weekly regional diges...
END_OF_DOCUMENT_TOKEN_TO_BE_REPLACED queue Save This