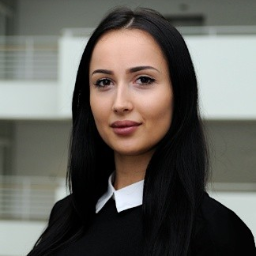 In Spain in 2009, five sales assistants were employed in a supermarket. In March 2009, the supermarket’s manager noticed some inconsistencies between the stock level and sales figures and reasonably suspected employees of theft. At that time, the financial losses were monthly between 7,780 to 24,624 euros.

That is why the store manager installed regular visible closed-circuit TV at the entrance. Moreover, he installed some hidden cameras focusing on the area where goods were regularly stolen.

The result was apparent. The hidden cameras showed these five sales assistants were stealing goods and helping customers to steal goods from June 15 to 18, 2009. The hidden cameras filmed them for 10 days in total. Based on the video record, three of five assistants signed a settlement agreement not to initiate a labor dispute, and the employer decided not to take any legal action against them. All of them were dismissed based on the video surveillance.

No one was informed of the CCTV

In López RIbalda and Others v. Spain, all the sales assistants subsequently appealed to the Labor Tribunal for unlawful dismissal, arguing in particular that their use of hidden CCTV violated their right to privacy and that such camera recordings could not be admitted as evidence. For the first two assistants, who did not sign the settlement agreement, the Labor Tribunal examined their case in the light of the Constitutional Court's case law on the issue of proportionality in the use of CCTV systems in the workplace. The tribunal found that there had been no violation of the applicants' "right to respect for their private lives, that the camera recordings were valid evidence, and that the applicants' release was in accordance with the law."

Proceedings before the High Court of Justice

In a January 2018 judgment, the Chamber of the Third Section of the Court concluded by six votes to one that the applicants' right to "respect for private life" protected by Article 8 of the European Convention on Human Rights had been violated and that the right to a fair trial under Article 6 Section 1 of the convention had been unanimously violated.

The case was referred to the Grand Chamber of the Court to examine the plea based on a ​​violation of Article 8 of the convention. The court said the content and scope of a case referred to the Grand Chamber is determined by a decision of the chamber on admissibility. Article 8 of the convention requires national authorities to strike a fair balance between the applicants' interests in respecting their privacy, on the one hand, and the employer's ability to ensure the protection of their property, on the other.

However, the complainants were not informed in advance of the monitoring, contrary to national law. The review by the Court of First Instance was a decision of a national court. It found the installation of the cameras was justified by legitimate interest.

The employer had no choice but to achieve the objective, and the measure was therefore necessary.

The extent of the losses identified by the employer suggested that more people had committed the theft and that providing surveillance information to any employee could defeat the purpose of the surveillance.

National law contained a number of guarantees for the protection of the rights of persons whose personal data were processed. The law on personal data protection included the right to be informed in advance about the monitoring, together with the right to access, rectification and erasure the processed data. The court noted that two types of cameras were installed in the shop, visible CCTV cameras at the entrance and exit of the supermarket and hidden CCTV cameras, about which neither the shop assistants nor any other staff member was informed. Spanish law, as well as international and European standards, require prior notice; however, it is always necessary to take into account assessing the adequacy of the measure taken.

At the end of 2019, the European Court of Human Rights concluded that, in view of the significant guarantees provided by national law, including legal means not used by the shop assistants and the seriousness of the considerations justifying surveillance through hidden CCTV cameras: There had been no violation of Article 8 of the convention.

But the case isn't over. To make sure that there has not been a violation of Article 8, a domestic court must conduct six principles set in the case Barbulescu v. Rumunia. These principles are clearly defined in the Barbulescu judgment.

Photo by Tobias Jussen on Unsplash

Times of emergency have a clarifying effect, and the current COVID-19 pandemic is no exception. Emergencies often reveal what’s important versus what we once might have thought was important. Until this point, the steady drumbeat of privacy was for more restrictions and individual rights. This seeme...
END_OF_DOCUMENT_TOKEN_TO_BE_REPLACED queue Save This

Legal remedies to US surveillance after 'Schrems II'

4
By now, most members of privacy circles have become well versed in the details of the Court of the Justice of the European Union's recent ruling in Data Protection Commissioner v Facebook Ireland Ltd, Maximilian Schrems. As has been explained thoroughly elsewhere, the major outcome of the CJEU’s dec...
END_OF_DOCUMENT_TOKEN_TO_BE_REPLACED queue Save This

On July 16, 2020, the Court of Justice of the European Union invalidated the EU-U.S. Privacy Shield (colloquially known as the “Schrems II” decision), due to concerns about U.S. governmental access to data using intelligence authorities, like the Foreign Intelligence Surveillance Act's Section 702...
END_OF_DOCUMENT_TOKEN_TO_BE_REPLACED queue Save This

US surveillance law and the future of trans-Atlantic data flows

The "Schrems II" decision is the latest — and perhaps most significant — event in a long-running series of issues regarding the appropriate role of surveillance in our society and the inevitable collision of surveillance and privacy. The decision invalidated the EU-U.S. Privacy Shield, raised questi...
END_OF_DOCUMENT_TOKEN_TO_BE_REPLACED queue Save This

Privacy professionals are now operating in a different world following the Court of Justice of the European Union's ruling in the "Schrems II" case.  The EU-U.S. Privacy Shield agreement is now invalid. The CJEU upheld standard contractual clauses; however, third countries must have the proper prot...
END_OF_DOCUMENT_TOKEN_TO_BE_REPLACED queue Save This