Stewart Baker didn’t start out as a privacy skeptic. But after a career including gigs as the first assistant secretary for policy at the Department of Homeland Security (DHS) and general counsel of the National Security Agency, he sort of wound up that way.

During his keynote address at the IAPP Privacy Academy in Seattle, WA, Baker described the current patchwork of privacy laws in the U.S. to be a result of what he’s coined the “privacy panic”—reactionary, moral panic-based lawmaking built on a small but powerful subgroup’s irrational fears of technological advances. 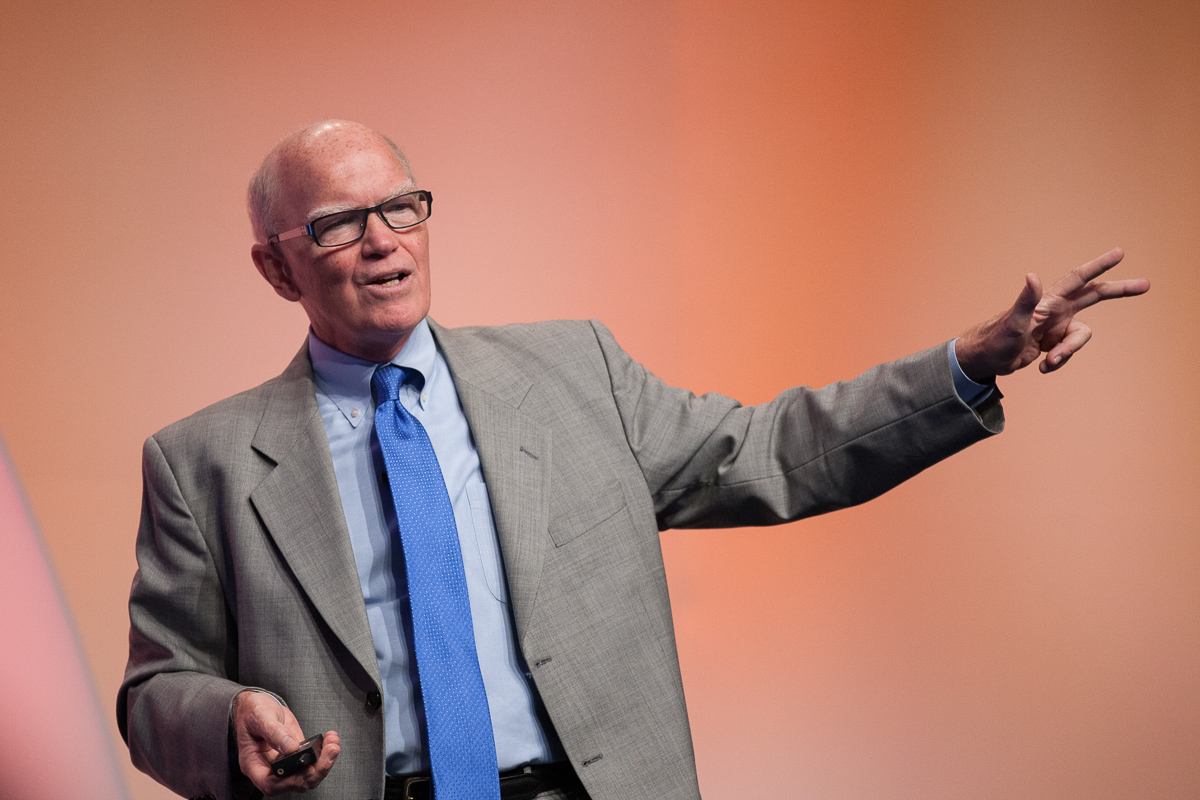 In fact, Baker told the audience, it can be traced back to the man we might consider the “grandfather” of privacy, Louis Brandeis, eventually an associate justice of the Supreme Court in the early 1900s. Brandeis published “The Right to Privacy” in the 1890 Harvard Law Review. The publication, as is well known, was fundamental to the privacy movement, defining privacy as the right to protect the private realm and asserting that invading one’s privacy caused mental distress “far greater than could be inflicted by mere bodily injury.”

The source of this mental distress?

Brandeis disliked the fact that at the time, for $25, an individual could purchase a Kodak camera and take pictures without the consent of the subject. The story goes that the media once showed up to a party Brandeis threw, and, as he writes in his paper, he believed the gossip that could come about from such a privacy invasion could induce tremendous anguish.”

His resistance to technological advances in the name of privacy made Brandeis look like “a fogey,” Baker said. Either a “snob or a wuss.” But his reaction certainly wasn’t uncommon, even for today. There are plenty of reactionary laws on the books based on Brandeis’ line of thinking.

The Electronic Communications Privacy Act, for example, came about due to moral panic over rise of the computer database in the 1970s. Today, Baker said, ECPA is “probably responsible for more privacy violations through botnets than any law in the world, certainly any privacy law.” Or the Video Privacy Protection Act, which seemed like a good idea to protect individuals’ viewing preferences—that is, until users started sharing much more than just their viewing preferences online. Or after 9/11 when passenger-name lists seemed like a good idea to protect, until it became clear that banning pre-screening simply led to the same people being flagged over and over again because they shared a name with a bad guy.

“Why does this keep happening? Because moral panics have become a business model for a whole set of privacy groups,” Baker said. “They are fighting to keep hold of a world they know is going to leave them, and if they can’t stop that new world from arriving, they at least want to put as many conditions on them as possible. But the rest of us end up in these conditions and regret them. And that’s what’s wrong with privacy law.”

So how can the privacy professional survive “privacy panic?” You know, when something you do has your customers or the general public shouting, “Witch!”

“Respect the people campaigning against you,” Baker said. “Technological change is disorienting, and sooner or later, we’re all fogies … You have to acknowledge the pain and fear behind those motivations and acknowledge there are reasons for people to be uneasy about new technologies.”

Second, time is on your side, Baker said. Panic subsides. And besides, there’s a second-to-market advantage.

“The first guy out to the market is like the first guy out of the trenches in World War II,” he said. “He jumps up and gets caught on the barbed wire so the second guy can walk on his back. If you’re first out of the gate, if you break the barrier, the exit strategy is being bought out by the guy second to market who learns from your mistakes.”

Third, notice and consent shouldn’t be underestimated. You’ve got to tell your customers about the benefits of the service you’re offering in exchange for data and make the case.

Finally, don’t back down.

“Privacy panics feed on moral reinforcement,” Baker said. “Make the case against the panic again and again. You cannot flinch away from the first round of moral attacks on you. At DHS, we quickly learned that if we started changing the policy right away, we would be backing up for the rest of our time in government. The better way was to stand up, fight for the justification your policy has. And there are a surprisingly large number of people who will accept that, and the privacy panic subsides quickly.”

Read More by Angelique Carson:
Changing Tactics: The Rise of the Privacy Advocates
How Should Your Firm Respond to the NSA Fallout?
Survey: Users More Afraid of Peers than Gov’t When It Comes to Data Access
Consumers: Forget Screen Size, Cameras; Sell Us Privacy

The recent decision by the Austrian Data Protection Authority that the use of Google Analytics violates the EU General Data Protection Regulation could have “far-reaching implications." The decision, published Jan. 13, is the first of 101 complaints filed across EU countries by advocacy group NOYB ...
END_OF_DOCUMENT_TOKEN_TO_BE_REPLACED queue Save This

U.S. Federal Trade Commission Chair Lina Khan has shown big aspirations while making some forward-thinking moves for the regulation of Big Tech firms during her first year at the helm. What remains to be seen is whether Khan's plans to hold technology companies accountable in the areas of privacy an...
END_OF_DOCUMENT_TOKEN_TO_BE_REPLACED queue Save This

On January 12, 2022, the French data protection authority, Commission nationale de l'informatique et des libertés, issued guidance on the reuse of personal data by processors for their own purposes under the EU General Data Protection Regulation. The guidance addresses one of the most common — and h...
END_OF_DOCUMENT_TOKEN_TO_BE_REPLACED queue Save This

1
Artificial intelligence and machine learning are advancing at an unprecedented speed. This raises the question: How can AI/ML systems be used in a responsible and ethical way that deserves the trust of users and society? Regulators, organizations, researchers and practitioners of various discipline...
END_OF_DOCUMENT_TOKEN_TO_BE_REPLACED queue Save This