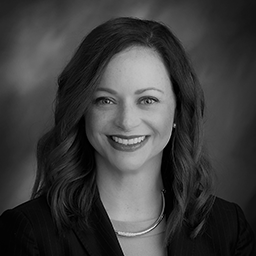 Elizabeth Simpson, CIPP/US is Regulatory Counsel for Home Instead, Inc. Home Instead, Inc. is the franchisor of the Home Instead® franchise network, which operates in the U.S. and twelve other countries, with over 1000 franchisees worldwide. Ms. Simpson advises Home Instead, Inc. and its affiliated entities on matters subject to regulatory oversight, with an emphasis on privacy and security. Ms. Simpson also equips the Home Instead franchise network in the US and Canada with information and resources for necessary for compliance in an ever-changing regulatory environment.  Ms. Simpson is an active member of The Business Ethics Alliance, a graduate of the Nebraska State Bar Association Leadership Academy, and served as a speaker on the topic of privacy and security at the 2019 International Franchise Association Legal Symposium. Ms. Simpson earned her Bachelor of Arts degree from the University of Nebraska, Lincoln, and her Juris Doctor degree from Case Western Reserve University School of Law. Home Instead, Inc.’s global headquarters is based in Omaha, Nebraska.