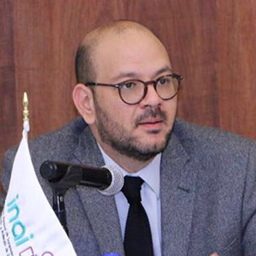 General Director of the Rights Protection and Sanctions Area

Lawyer with postgraduate studies at the Salamanca University in Spain, has a master’s degree and a doctorate in Law of the National Autonomous University of Mexico.

He is a lecturer and has delivered various keynotes at different Mexican universities; such as: Iberoamericana, Anáhuac, Lawl Research Institute UNAM, among others.

He also has given international lectures about “The Rule of Law in Mexico and Finland: Exchange of Ideas on the Administration of Justice and Defending Democracy” in the University of Helsinki, the University of Turku and The Supreme Court of Finland.

He is also part of the Editorial Board of the “Pater Familias” Journal, of the Postgraduate Law Coordination of the UNAM and Honorary Deputy Director of the Case Law Annals of the High Court of Mexico City.

He has served in diverse areas of government, currently he is the General Director of Data Protection and Sanctions of the National Institute of Transparency, Access to information and Data Protection.

Finally he has represented the Institute in the (OECD at the Working Party on Security and Privacy in the Digital Economy (WPSDE)), Paris and in the (International Working Group on Data Protection in Telecommunications (IWGDPT)), Berlin.