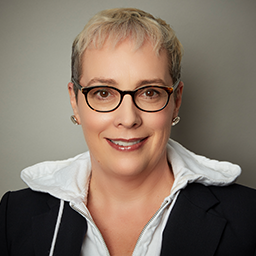 Julia Angwin is an award-winning investigative journalist at the independent news organization ProPublica.

From 2000 to 2013, she was a reporter at the Wall Street Journal, where she led a privacy investigative team that was a Finalist for a Pulitzer Prize in Explanatory Reporting in 2011 and won a Gerald Loeb Award in 2010. Her book, Dragnet Nation: A Quest for Privacy, Security and Freedom in a World of Relentless Surveillance, will be published by Times Books in 2014.

In 2003, she was on a team of reporters at The Wall Street Journal that was awarded the Pulitzer Prize in Explanatory Reporting for coverage of corporate corruption. She is also the author of "Stealing MySpace: The Battle to Control the Most Popular Website in America" (Random House, March 2009).

She earned a B.A. in mathematics from the University of Chicago, and an MBA from the Graduate School of Business at Columbia University.