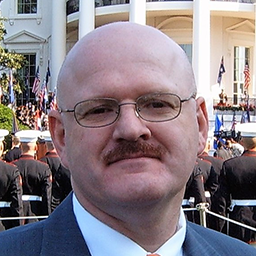 Scott Mathews is the Senior Director for Information Sharing, Security and Safeguarding at the Department of Homeland Security (DHS) Privacy Office. He leads a team responsible for evaluating and mitigating privacy concerns in the Department’s information sharing efforts, focusing on DHS intelligence and counterintelligence programs. He is also the lead author of several privacy policies covering the use of unmanned aircraft systems and counter-unmanned aircraft systems. Before coming to DHS, he worked at the Department of Commerce, where he oversaw the U.S.–China Joint Committee on Commerce and Trade Information Industry Working Group and represented the Department at the Organization for Economic Cooperation and Development Working Party on Information Security and Privacy. In previous assignments at the Department of Commerce, Scott represented the Department during Free Trade Agreement or investment treaty negotiations with Singapore, Australia, the European Union, Uruguay, the South Africa Customs Union, Thailand, Korea, and Pakistan.

Scott is a recipient of the DHS Secretary’s Award for Excellence, an Intelligence Community National Intelligence Professional of the Year Award, the DHS Chief Privacy Officer Award for Outstanding Service, the Department of Commerce Silver Medal for meritorious federal service, and thirty-six special service awards. He is a 2016 Excellence in Government Senior Fellow.

Scott graduated from the University of Michigan with Distinction, completed a program in parliamentary studies at the University of London, and received a Master of Arts in international relations from the Maxwell School at Syracuse University. Among the academic honors Scott received is an Andrew Mellon Fellowship awarded by the Woodrow Wilson Foundation.

Previously a private pilot and an air traffic controller, Scott served in the Marines as a corporal until being medically retired due to injuries sustained in the line of duty (training).