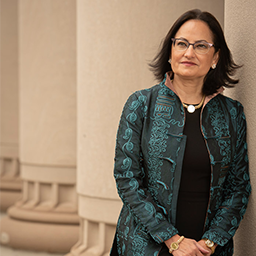 After attending Brown University Dr. Nour received her MD from Harvard Medical School. She completed her residency in Obstetrics and Gynecology at the Brigham and Women’s Hospital before completing an MPH at the Harvard T.H. Chan School of Public Health.

Dr. Nour has been named one of Forbes 40 Women to Watch Over 40. Her research concentrates on health and policy issues related to female genital cutting (FGC) while her practice provides care to women who have undergone this practice. For her establishment of the African Women’s Health Center, the only hospital center in the US that focuses on supporting the physical and emotional needs of those who have undergone FGC, Dr. Nour has been honored as a MacArthur Foundation Fellow. She received honorary doctorate degrees from Bowdoin College and Williams College for her community work and outreach. Dr. Nour is the recipient of the American Medical Women’s Association Lila A. Wallis Women’s Health Award.

Dr. Nour presently serves on the Board of Trustees at Brigham and Women’s Hospital and is a Board Trustee and Secretary of the World Peace Foundation. She sits on the Board of Registration in Medicine and the Governor’s Task Force on Hate Crime. She also serves as a Congress Chair for the International Federation of Gynecology and Obstetrics (FIGO).