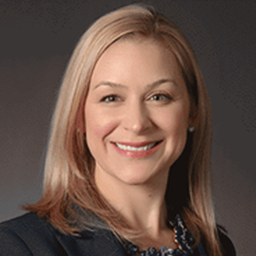 Sarah R. Boot joined the California Chamber of Commerce staff in March 2018 as a policy advocate specializing in privacy/technology, telecommunications, economic development, and taxation issues.
From August 2015 until joining CalChamber, Boot was a top adviser to now-Senate President Pro Tem Toni G. Atkins. Boot served as the senator’s legislative director and also acted as lead staffer on legal, privacy, telecommunications, business, and technology issues, among many others.
Boot was principal consultant to Atkins during her time as Assembly Speaker and Speaker Emeritus, spearheading a working group to draft multiple human trafficking bills and acting as lead staffer on all women-focused legislation, as well as liaison to the Legislative Women’s Caucus.
Before working for Atkins, Boot practiced law in San Diego for seven years. Boot served for three years as an assistant U.S. attorney for the General Crimes Unit of the U.S. Attorney’s Office, Southern District of California. She prosecuted a broad array of federal crimes, including bank robbery, sex trafficking of minors, and narcotics trafficking.
In private practice, Boot spent three years litigating cases for Cooley LLP, an AmLaw Top 50 international law firm. There, she focused on complex civil and intellectual property litigation, primarily representing Internet and technology companies. She also worked for Blood Hurst & O’Reardon LLP, litigating consumer class action lawsuits in state and federal courts nationwide.
Boot has significant political campaign experience. She has been a party-endorsed candidate for the San Diego City Council. Before law school, Boot managed fundraising for the campaign of a Washington D.C. councilman at large and served as a regional field director for a New Hampshire presidential primary campaign.
Boot earned her J.D. from the University of Michigan Law School, where she was articles editor for the Michigan Telecommunications and Technology Law Review. She graduated from the University of Michigan with an honors degree in political science and a minor in Spanish. As an undergraduate, Boot was elected student body president, representing more than 38,000 students.