No privacy pro is just like the other. Some came to the field through law degrees, some through compliance work, some because management looked up one day and realized someone had to be in charge of privacy and they were standing in plain-sight.

But Liz Lyons is truly in a league of her own. She’s the privacy officer of the Washington Police Department, and she made the job up.

It all started one day when a colleague of Lyons’ saw DC’s police chief speak at an event about the police force using new technology and the role privacy plays in that. Lyons, a lawyer who studied privacy in school, had been at the Department of Homeland Security for the last few years in their technology group, working on issues like DNA and Big Data before moving to work on compliance. 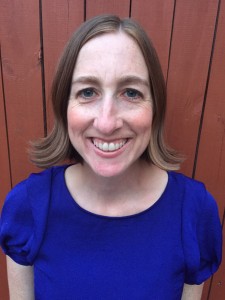 But the chief’s talk on privacy interested Lyons. So she took a somewhat unprecedented move: She called up the DC police—officially called Metropolitan Police Department (MPD)—and asked if they’d ever considered hiring someone for a privacy position.

It turns out, they thought that was a pretty good idea, making Washington, DC, the only police department in the U.S. with a specific privacy officer (that we know of).

In July, she’ll have been at the department for a year, and it’s been a busy one. Since October 2014, the department has been slowly deploying body-worn cameras for their patrol officers. Though the process started before the events in Ferguson, MO, it’s understandably a pivotal moment to be piloting the program and one that requires special attention and sensitivity to privacy.

Unlike California and Massachusetts, Lyons said, DC doesn’t have many laws on the books on privacy. But there’s an opportunity that lies within that.

“We have the advantage to create internal policy," she said. “To make it great with the community and reflect their values and beliefs.”

But she wasn’t necessarily a privacy ambassador. She didn’t walk through the door preaching privacy fundamentals and pleading for a microphone. The department had a healthy respect for privacy already because, she said, it understands it can’t do its job without community support.

“It was me coming along and identifying what they already knew and putting it on paper,” she said.

Because it’s a new position, Lyons—who reports to the chief operating officer—has invested a lot of time in watching how things work. That means going on ridalongs to see how officers operate on the street, how they interact with the public.

“So much of their job is talking to people,” she said. “Why did you call 911? What’s the problem? They don’t spend all of their time arresting people.”

Understanding the dynamic between the police and the citizenry is especially important as MPD prepares to roll out a full-scale program to outfit all patrol officers with body-worn cameras.  DC Mayor Muriel Bowser has included $5.1 million in her proposed Fiscal Year 2016 budget for the program.

Lyons has been reviewing footage from the pilot program to gauge community reaction when subjects know they're being recorded. Most of the time, they don’t care, she said:

“They called the police for a specific reason, and that’s what they care about at the moment.”

Cases like Ferguson seem to have bolstered support for the cameras, Lyons said, but she thinks the support would have been there regardless. The police union—understanding that cameras statistically reduce police complaints—and the ACLU both back it.

Establishing the policy for cameras was a big undertaking involving numerous city stakeholders and close study of various departments’ policies across the nation. The result—a 17-page policy—will be revised as the program’s full deployment gets underway. The difficulties lie in nuanced situations where using a camera might conflict with existing law.

For example, what if an officer wearing a camera escorts a prisoner to the hospital? Suddenly HIPAA laws are at play. Or what happens when an officer enters a home? Should an officer have to ask for consent? (In the end, the policy is, no, consent isn’t needed. The footage is meant to be used in prosecutions, so cameras can’t be turned on and off. They stay rolling).

FOIA requests are where things get tricky. MPD has proposed in the 2016 budget that the videos not be subject to FOIA requests due to privacy concerns for those filmed and because FOIA was created to regulate paper documents and not video footage. It remains to be seen how that plays out.

Though body-worn cameras are certainly Lyons’ main focus at the time, she’s also focusing on data-sharing policies, data-retention policies on things like license plate reader data and figuring out where she’s most needed.

But she’s glad to be doing it at a place where she’s wanted, and she hopes other police departments consider creating CPOs for their cities and towns.

“When I talk to other police departments, they’re like, ‘Who are you?’” she laughed. “But I think there’s really a role for it.”

The Toronto Police Service is considering wearable cameras for its police force, The Globe and Mail reports. The aim of the wearable cameras is to provide the police and the public with better accountability. Deputy Chief Peter Sloly said the force is in the process of researching the cameras and un...
END_OF_DOCUMENT_TOKEN_TO_BE_REPLACED queue Save This

Edmonton police have begun a yearlong pilot program to test audio and video recording devices that are small enough to be worn on uniforms, reports the Toronto Sun. The body-worn video recording systems were tested in Victoria, BC, in 2009 and were met with concerns about access and use of the recor...
END_OF_DOCUMENT_TOKEN_TO_BE_REPLACED queue Save This

Body-worn camera systems (BWCS) are increasingly being considered and deployed by law enforcement. Some might say that we are already beyond the tipping point for use of BWCS in law enforcement, given the adoption of BWCS by many police departments and plans for use by others. Nevertheless, Alberta ...
END_OF_DOCUMENT_TOKEN_TO_BE_REPLACED queue Save This

Body-Worn Cameras Seem Imminent and So Do Privacy Concerns

Just one year ago, the idea of police officers wearing body cameras seemed novel, The Washington Post reports. But within the past few months, big cities including Washington, DC, Los Angeles and New York have been piloting programs. After the events in Ferguson, MO, it’s no longer a question, the r...
END_OF_DOCUMENT_TOKEN_TO_BE_REPLACED queue Save This

The use of body-worn video cameras by law enforcement officials is on the rise and a heated debate is taking place within police departments and in the public square: Will the footage captured lead to increased trust and accountability between citizens and law enforcement or to privacy violations? Q...
END_OF_DOCUMENT_TOKEN_TO_BE_REPLACED queue Save This