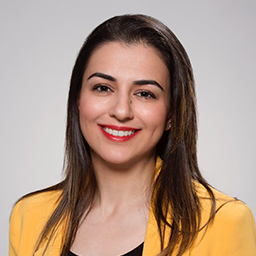 A polyglot, privacy advocate, and lawyer called to the bar in Ontario, New York, and District of Columbia. Migan is a senior program manager at the TELUS Data and Trust Office. She advises on privacy and data ethics with a focus on enterprise cloud services and Artificial Intelligence initiatives. Prior to TELUS she was a data privacy lawyer at INQ data law and Compliance Counsel at Volkswagen Canada.

Migan is no stranger to public life. She is a former appointed City of Toronto Councilor and a former elected board member of Skate Ontario and Freestyle Canada, to name a few. She also serves as the Vice-Chair of the American Bar Association’s Privacy, Cybersecurity and Digital Rights committee.