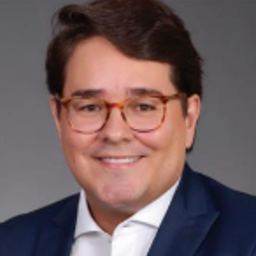 Partner of Dannemann Siemsen's law firm, where he has been working since 2002, Carlos Eduardo holds a law degree from Universidade Mackenzie, a post-graduate degree in Business Contracts from Fundação Getúlio Vargas (FGV - SP). He also holds a MBA from Fundação Instituto de Administração (FIA).

He is one of the partners in charge of Digital Law and Privacy practices of the firm, also acting in the Contractual, Corporate, Tax, and Intellectual Property areas in general.

He has lectured frequently in Brazil and abroad on GDPR and the new Brazilian General Data Protection Law, being the current Vice Chair of Privacy and Digital Rights Committee of ABA (American Bar Association – Section of International Law).

In recognition of his work, he was cited in the Análise Advocacia 500 magazine (the most well-known Brazilian lawyers ranking) as the most admired lawyer in the years 2016, 2017 and 2018.