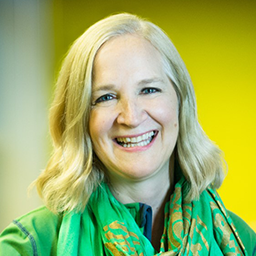 Dr. Sarah Lewis Cortes CIPP/E (GDPR), CISSP, is in Privacy Engineering/Information Security at Netflix, responsible for comprehensive privacy programs. She earned her degrees at Harvard University, studied Forensic Sciences at Boston University Medical School, and holds a PhD in Computer Science, Cybersecurity from Northeastern University, specializing in the darknet, anonymous network communications, privacy and privacy law as well as information security, topics on which she has published extensively.

Sarah helped draft the first-ever US data breach law, 2008, in Massachusetts, and testified before the legislature on MGL 93H. She also testified before Office of Consumer Affairs & Business Regulation on privacy regulations, including 201 CMR 17.00.

Sarah has published and lectured extensively on privacy, the darknet, and security, including LISA USENIX and other keynotes. She has implemented numerous computer applications. Together with Department Chair, Boston University School of Medicine, Biomedical Forensic Sciences Dept. and former Cellmark lab director Dr. Robin Cotton, Sarah implemented DOJ- NIJ DNA Mixtures Online, with a grant from the US Department of Justice. DNA Mixtures was highlighted in the recent Executive Office of the President, President’s Council of Advisors on Science and Technology (PCAST), Report to the President: Forensic Science in Criminal Courts: Ensuring Scientific Validity of Feature-Comparison Methods.