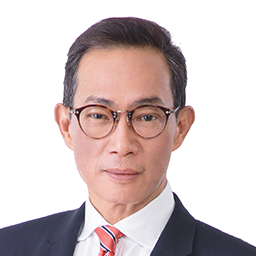 Mr Stephen Kai-yi WONG takes office today as the Privacy Commissioner for Personal Data, for a term of five years from 4 August 2015.

"It is my great honour and privilege to be appointed as the Privacy Commissioner for Personal Data. Over nearly two decades since the establishment of the Office of the Privacy Commissioner for Personal Data (PCPD), colleagues as well as those in its Advisory and Standing Committees, have made commendable efforts in promoting the protection of privacy of individuals with respect to personal data through publicity and education, and monitoring and supervision of compliance with the Personal Data (Privacy) Ordinance (the "Ordinance"). Their dedication and achievements, as well as support by the public at large, will continue to be the driving forces for me to achieve our common aspirations. In the days to come, I will work with all the stakeholders to protect personal data privacy rights, with a view to ensuring proper protection of individuals' rights while at the same time facilitating the free flow of information in the best interests of the community as a whole, pursuant to the responsibilities and powers enshrined in the Ordinance and endorsed by the established mechanisms," said Mr Wong.

"I believe my professional training, knowledge and cross-jurisdiction exposure would, together with the continued support of colleagues and the community, assist me in the discharge of my statutory duties."

Prior to joining the PCPD, Mr Wong was a practising barrister in private practice and the Secretary to the independent advisory body, the Law Reform Commission of Hong Kong (LRC). Before serving at the LRC, Mr Wong had been a legal counsel in the Department of Justice from 1986 to 2007 (the then Attorney General’s Chambers before 1997), assuming various posts including Assistant Director of Public Prosecutions and Deputy Solicitor General. Being an expert in human rights law, he was involved in the legislative process of the 1991 Hong Kong Bill of Rights Ordinance, and was subsequently on loan to the United Nations Human Rights Committee in Geneva for one year until 1992.