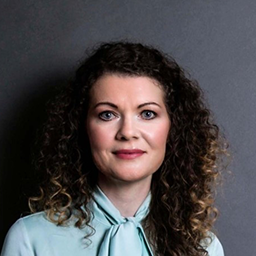 Anna Morgan is the Head of Legal Affairs and a Deputy Commissioner in the Irish Data Protection Commission, having been appointed in 2016.

Anna obtained her law degree from Trinity College Dublin and subsequently qualified as a solicitor in 2006. Anna worked in private legal practice for 10 years following qualification, specialising in regulatory and commercial litigation, most recently in Arthur Cox. Prior to Arthur Cox, Anna worked for Philip Lee Solicitors where a large part of her work involved advising the then Data Protection Commissioner on enforcement issues, including acting as a solicitor-advocate in prosecutions taken in the District Court for breaches of the laws on electronic direct marketing.

In addition to her legal advisory role within the Data Protection Commission, Anna also oversees a large number of cross-border processing investigations into multinational companies. Separately, Anna also led the innovative public consultation run by the Data Protection Commission during 2019 on the processing of children’s data and the exercise of children’s rights as data subjects in the digital sphere which will culminate in the publication of detailed guidance on these issues during 2020.

Anna lectures on data protection at the Law Society of Ireland and the Honourable Society of King’s Inns, and is a guest lecturer at Trinity College Dublin. She is a regular speaker at conferences on data protection and privacy. Anna is also a Registered Trade Mark Agent and holds Diplomas in Commercial Litigation and in Judicial Skills & Decision Making.