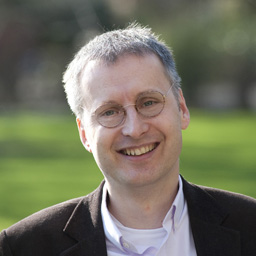 Viktor Mayer-Sch+¦nberger is professor of internet governance and regulation at Oxford. His research focuses on the role of information in a networked economy. Earlier, he spent 10 years on the faculty of Harvard's Kennedy School of Government. Together with Kenneth Cukier he is the author of the upcoming book Big Data. His most recent book before that, the award-winning Delete: The Virtue of Forgetting in the Digital Age (Princeton University Press, 2009) has received favorable reviews by academic (Nature, Science, New Scientist) and mainstream media (New York Times, Guardian, Le Monde, NPR, BBC, Wired). Ideas proposed in the book have now become official policy (for example, in the EU).

A native Austrian, Mayer-Sch+¦nberger founded Ikarus Software in 1986, a company focusing on data security, and developed Virus Utilities, which became the best-selling Austrian software product. He was voted Top-5 Software Entrepreneur in Austria in 1991 and Person-of-the-Year for the state of Salzburg in 2000. He chaired the Rueschlikon Conference on Information Policy, is the cofounder of the SubTech conference series and served on the ABA/AAAS National Conference of Lawyers and Scientists. He is on the advisory boards of corporations and organizations around the world, including Microsoft and the World Economic Forum. He is a personal adviser to the Austrian finance minister on innovation policy.

Mayer-Sch+¦nberger holds a number of law degrees, including one from Harvard and an MS in economics from the London School of Economics.