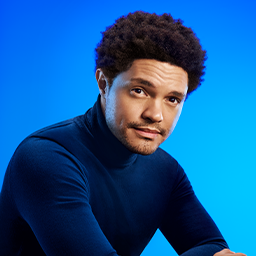 Noah's success has also spanned to sold out shows over five continents. Due to overwhelming fan demand, 21 news shows have been added to his “Back to Abnormal World Tour” this year which included a night at New York’s iconic Madison Square Garden.

“Born A Crime” is a collection of personal stories about growing up in South Africa during the last gasps of apartheid and the tumultuous days of freedom that came with its demise. Already known for his incisive social and political commentary, here Noah turns his focus inward, giving readers an intimate look at the world that shaped him. These are true stories, sometimes dark, occasionally bizarre, frequently tender and always hilarious.

The Audible edition of “Born a Crime,” performed by Noah, remains one of the top-selling, highest-rated and most-commented-on performances of all time. “Born a Crime” won the Audie Award for “Best Male Narrator,” and was also nominated in the “Autobiography/Memoir,” “Best Narration by the Author” and “Audiobook of the Year” categories. To date, “Born a Crime” has sold over 2 million copies across all formats.