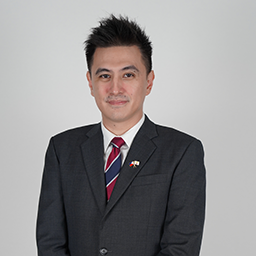 Leandro Angelo Y. Aguirre is the Deputy Commissioner of the Philippine National Privacy Commission and has served in that role since February 2018.

He received his Juris Doctor degree from the University of the Philippines College of Law and his Master of Laws from Harvard Law School. He is a member of both the Philippine Bar and the New York State Bar.

He is also member of the academe having taught various subjects in the University of the Philippines College of Law since 2013. He served as an advisor on the bill that eventually became the Data Privacy Act of 2012.