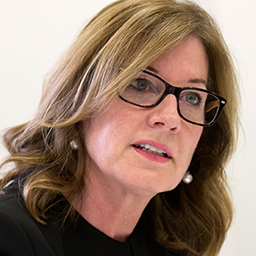 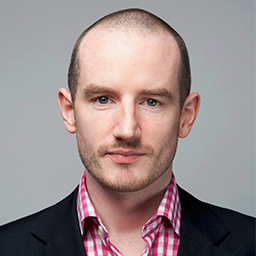 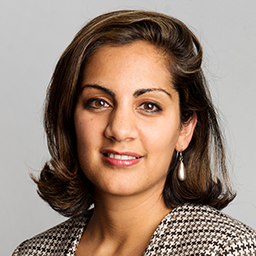 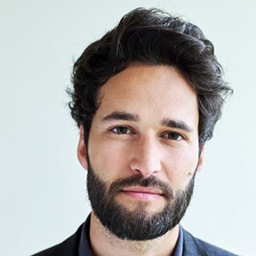 Elizabeth Denham became the U.K.’s Information Commissioner in 2016. The Information Commissioner’s Office (ICO) is the U.K.’s regulator for data protection and information rights. It enforces the law, both civil and criminal, against organisations that have violated data protection rules. The ICO provides guidance on and regulates key laws such as the General Data Protection Regulation (GDPR), Data Protection Act 2018, the Privacy and Electronic Communications Regulations (PECR) and Freedom of Information Act 2000.

In the 2019 New Year’s Honours list, Denham was awarded Commander of the Order of the British Empire (CBE) for services to protecting information. She was also named as the most influential person in data driven business in the 2018 DataIQ 100 list. Denham has made headlines in the past year for her wide-ranging investigation into data misuse in online political campaigning, a topic which has seen her appear before parliaments in the U.K. and abroad.

Johnny Ryan is chief policy and industry relations officer at Brave Software. He is a Fellow of the Royal Historical Society (U.K.) and a member of the World Economic Forum’s expert network on media, entertainment and information. Before joining Brave, Ryan was responsible for PageFair’s research, analysis, and industry relations. Previously, he served as chief innovation officer of The Irish Times and senior researcher at the Institute of International and European Affairs (IIEA).

Ryan’s campaign to end the multi-billion dollar ‘real-time bidding’ advertising industry’s data breach spans 16 EU countries, in collaboration with privacy non-governmental organizations. His submissions and expert evidence to regulators have triggered a statutory investigation into suspected infringement of the GDPR by Google’s advertising system by the Irish Data Protection Commission and a report from the U.K. Information Commissioner that closely mirrors his own.

Ryan is the author of the book, ‘A History of the Internet and the Digital Future’, which is based on his work at the IIEA. It was the most cited source in the European Commission’s impact assessment that decided against pursuing Web censorship across the European Union. His expert commentary has appeared in The New York Times, The Economist, The Financial Times, Bloomberg, Wired, Le Monde, The Hill, Politico, NPR, TechCrunch, Advertising Age, Fortune, Business Week, the BBC, Sky News, and many others. He is a regular keynote speaker.

Sonia Sodha is chief leader writer and a columnist at the Observer, and deputy opinion editor at the Guardian. She has written for a variety of other titles, including the Sunday Times, the Daily Mail, the New Statesman and Prospect Magazine.

In the world of broadcasting, Sonia is an experienced commentator and a regular contributor on programmes such as the Sky News paper review, Question Time, Newsnight, BBC Breakfast, Good Morning Britain, and the Today programme.

She is also a trustee of the philanthropic foundation the Trust for London.

Previously, Sonia was head of public services and consumer rights at the consumer champion Which? Before that she was a senior policy adviser to Ed Miliband, running Labour’s Small Business Taskforce.

Sonia has also worked as head of policy and strategy at the Dartington Social Research Unit, and for two leading centre-left think tanks. She was head of the capabilities programme at Demos from 2008-2010, where she ran its programme of research on education, children, young people and families. Prior to that, Sonia was a research fellow at the Institute for Public Policy Research, where she led several major research projects on children, education and social policy.

Sonia can speak eloquently and confidently on a broad range of topics. Politics is her expertise, and she has an astute understanding of Brexit. She is experienced in the areas of education, children and young people, family policy, and on jobs and the economy.

Her style is clear, confident, and incredibly engaging. She is a great speaker, panel discussant, and facilitator.

Daniel Susskind explores the impact of technology, particularly artificial intelligence, on work and society. He is a fellow in economics at Balliol College, Oxford University, where he teaches and researches. He is the co-author of the best-selling book 'The Future of the Professions' and the author of 'A World Without Work' (January 2020). His TED Talk on the future of work has been viewed more than 1.4 million times.