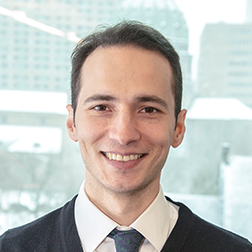 Tunca is a Privacy Analyst at PSP Investments. He is a recent graduate of the Master of Laws (LL.M) program with Concentration in Law and Technology from the University of Ottawa, where he researched privacy and policy issues arising from the integration of law and emerging technologies. He also holds a Master of Laws (LL.M) degree in Private Law and a Bachelor's Degree in Law (LL.B) from Turkey. Prior to his current employment, Tunca worked in Ottawa as an independent consultant in privacy law and as a research assistant in privacy, data governance and smart cities. He practiced law in Turkey for six years, including a short stint working in a Spanish law firm, prior to relocating to Canada. Tunca is a member in good standing of the Istanbul Bar Association. He holds the CIPP/C certification and is currently serving as a Young Privacy Professional for the IAPP's Ottawa KnowledgeNet Chapter.