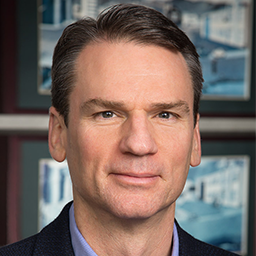 Alastair Mactaggart is a real estate developer and investor based in San Francisco.  For the last twenty years he has been a partner at Emerald Fund, one of that city’s leading developers, and has built condominiums, apartments, shopping centers, a self-storage facility and a hotel in San Francisco. Currently he invests throughout the Bay Area, with a strong focus currently on Oakland.

In 2016-2018 he created and led a ballot initiative which resulted in the passage of California law AB 375, the most extensive consumer privacy legislation ever passed in the United States.

Alastair is committed to community involvement, and was deeply involved for many years as a volunteer on the board of San Francisco’s non-profit California Pacific Medical Center hospitals, culminating in the approval and construction of two major new hospitals in that city in 2014.

He is a past board member of Room to Read, the San Francisco Mission YMCA, and board chair of the Sutter Physicians Foundation at California Pacific Medical Center.  Currently, he serves on the Harvard College Fund Executive Committee and is co-chair of the Harvard West Coast Committee.  He and his wife Celine Mactaggart have three children and live in Piedmont, just outside of San Francisco.