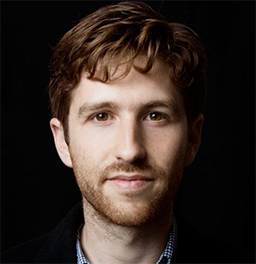 Tristan Harris is a design thinker, philosopher and entrepreneur. He co-founded Apture in 2007 after dropping out of Stanford’s Master’s program in Computer Science, and is rated number 16 in Inc. Magazine’s “30 under 30” list of entrepreneurs for 2009. A Mayfield Fellow with the Stanford Technology Ventures Program in entrepreneurship, Harris’s career spans the open-content world of Wikia and the user interface engineering world of Apple. By the age of 20, Harris had filed his first patents around new information navigation and browsing interfaces. His work has been featured in numerous publications and he has given lectures and talks in conferences and universities across the world, including at MIT’s Media Lab and at Stanford University. Harris holds several patents from his work at Apple, Wikia, Apture and Google.

Harris is a leader in the “Time Well Spent” movement (http://timewellspent.io), for technology designed to enhance our humanity over additional screen time. Instead of a “time spent” economy where apps and websites compete for how much time they take from people’s lives, Time Well Spent hopes to re-structure design so apps and websites compete to help us live by our values and spend time well.

Harris was a Design Ethicist and Product Philosopher at Google until 2016, where he studied how technology influences a billion users’ attention, well-being and behavior. He led design sprints with product teams, including a meeting between Google’s lead product designers and Zen Master Thich Nhat Hanh, international spokesperson for mindfulness. Previously, Harris was CEO and Co-Founder of Apture, which Google acquired in 2011. Apture enabled millions of users to get instant, on-the-fly explanations without leaving their place, across a publisher network of a billion page views per month.