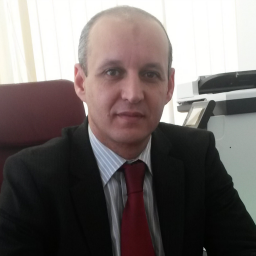 International Expert on Privacy and Personal Data Protection in Africa

Lahoussine Aniss is an IT engineer. He graduated in 1995 from E.H.T.P School in Casablanca. He has held various management positions within the Ministry of Trade and Industry and within the Moroccan Office of Industrial and Commercial Property (OMPIC).

After obtaining a Master degree in Information Systems from “ Ecole Polytechnique” in  Montreal, he joined, as an IT manager, a Canadian company specialized in the processing  and analysis of marketing data to the benefit of the pharmaceutical industry. In the meantime, he enrolled to and obtained an MBA from HEC Montreal.

In 2007 he created his own consulting company in Computer Engineering and assured several missions for the benefit of various international organizations: USAID, the World Bank and the World Organization of Intellectual Property. He contributed to several projects aiming to improve the Business Climate in Morocco and Tunisia.

It was at the end of 2011 that he joined the Moroccan data protection authority as Secretary General where he still contributes to the development of this young authority.