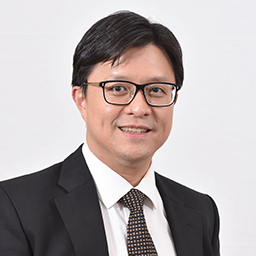 Yeong Zee Kin is a Technology, Media and Telecommunications (TMT) lawyer. Prior to taking up his present appointment as Assistant Chief Executive and Commission Member of the Personal Data Protection Commission, he was Senior State Counsel and Director of Technology Law in the Civil Division of the Attorney-General’s Chambers and held a concurrent appointment as Senior Director (Special Projects) in the Legal Services department of the Ministry of Communications and Information. He was also legal advisor to the Smart Nation Programme Office and the Cyber Security Agency. Before this, he was Senior Assistant Registrar and CIO cum CDO of the Supreme Court of Singapore.

During his time in the Supreme Court, his administrative responsibilities included (at various times) the management of its registry, statistics unit and CISD.

He continues to be engaged in procedural law reform as a member of the Ministry of Law’s IP Dispute Resolution Framework Review Committee and the Supreme Court’s Civil Justice Commission. Zee Kin was instrumental in maintaining Singapore's leadership in court technology in electronic filing and introducing online case files.

During his time in the Supreme Court, he saw through mid-life enhancements to its first generation Electronic Filing System and managed the development and transition to the current eLitigation system. Additionally, he pushed the boundaries of electronic discovery through the issuance of the Electronic Discovery Practice Directions in 2009 and its revision in 2012, and authoring a number of early decisions in this area.

He was also passionate about promoting the use of technology to manage electronic evidence pre-trial and to present electronic evidence during hearings. He implemented the paper-less hearing system in the Court of Appeal and pushed out revisions to the Supreme Court Practice Directions to permit the use of presentation slides for oral submissions. He received the Public Administration Medal (Silver) in 2014.

In the area of legal technology, Zee Kin plays an active role in the exploitation of ICT by the legal profession for over a decade.

He has been involved in all upgrades to LawNet, the profession’s online legal research portal. He is currently a member of the Singapore Academy of Law’s Legal Technology Cluster Committee and chair of its Pleadings Selection Committee. He is also active in the promotion of legal education in the area of TMT law. Apart from speaking and publishing in this area, he is a member of the Academy’s Technology Law Conference Series core team, the planning committee member managing the programme for both its 2011 and 2015 conferences and the editor of the conference publication. He received the Academy’s Merit Award in 2013. He was formerly a partner in Rajah & Tann LLP's iTec (intellectual property, technology, entertainment and communications) practice group and was previously seconded to the Singapore Academy of Law as Assistant Director of LawNet.

He commenced his career as Deputy Public Prosecutor and State Counsel with Criminal Justice Division of the Attorney-General's Chambers where he prosecuted a wide range of offences, including computer and white collar crimes.