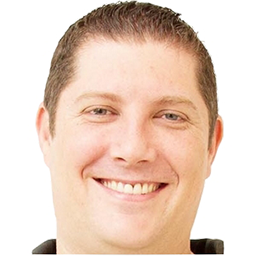 I studied law at the University of Pretoria and obtained my B.L.C. degree in 1996 and LL.B. degree in 1998. I was admitted as an attorney of the High Court of South Africa in 2000.

I started my legal career in personal injury law and soon moved over to labour law, before becoming involved in insurance law, where I have been spending the bulk of my professional career. While working in the highly regulated insurance field, I soon developed an interest in IT law and started to focus on IT law within the insurance industry, serving the companies where I have worked as the dedicated legal advisor to the IT departments, getting involved in matters such as IT security, licensing and IT contracts.

That in turn lead me down the path of privacy, so when the South African parliament finally tabled the Protection of Personal Information Bill at the time, I was immediately interested and offered to take on the role of commenting and implementing. When the Bill became an Act, I was appointed as the Group’s Chief Privacy Officer, not only responsible for implementing the Act, but also tasked with creating an information privacy program for the group internationally.

I was admitted as an advocate of the High Court of South Africa in 2015.

I regularly engage with Regulators and Legislators on behalf of industry bodies, regarding any privacy or information security legislation.

I am part of the Group representing the Open Democracy Advice Centre (ODAC) and the Open Web Application Security Project (OWASP) in opposing the new proposed Cybercrimes and Cybersecurity Bill, which runs the risk of destroying any information privacy, if passed in its current format.

I am very passionate about privacy and find this field immensely interesting. Balancing the need for privacy with the need for access in a world where cybercrime and cyberterrorism is becoming more evident, will be a major challenge in future and I would love to play my part in assuring that the balance is maintained.