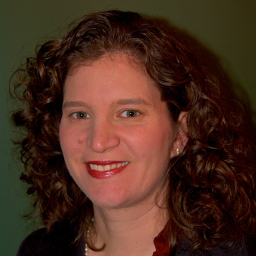 Rebecca "Becky" Richards joined the National Security Agency as its first Director of Civil Liberties and Privacy in February 2014. Her primary job is to provide expert advice to the Director and oversee NSA's civil liberties and privacy activities. She is also responsible for developing measures to further strengthen NSA's privacy and civil liberties protection.

Ms. Richards earned a Masters degree in international trade and investment policy and a Masters degree in business administration from George Washington University. She received her B.A. from the University of Massachusetts, Amherst. Ms. Richards also holds certifications from the International Association of Privacy Professionals and is a member of their Certification Advisory Board. She was also a contributor to "Building a Privacy Program: A Practitioner's Guide."

Previously, Ms. Richards served for almost 10 years in a variety of privacy related leadership positions within the Department of Homeland Security. From August 2012 to October 2013, she was the Acting Deputy Chief Privacy Officer. More recently, she was the Senior Director for Privacy Compliance, responsible for leading the privacy compliance process throughout DHS, which had over 220,000 employees comprised of seven operational elements as well as headquarters components. She initiated a system that brought best practices in privacy compliance to DHS, including the creation of the Privacy Threshold Analysis, and extensive guidance and development around how to conduct a Privacy Impact Assessments. She also managed the requirements under the Privacy Act. She developed related educational programs for employees and leaders and conducted audits of privacy compliance to meet the nation's international agreements and commitments.

Before joining DHS, Ms. Richards was the Director of Policy and Compliance at TRUSTe, the independent non-profit privacy seal program. She began her federal service with the U.S. Department of Commerce as an international trade specialist and provided input to the landmark U.S.-EU Safe Harbor Accord.

Ms. Richards received the prestigious 2008 Federal 100 award from Federal Computer Week Magazine. Recipients are considered the top executives from government, industry, and academia who have had the greatest impact on the government's information systems community. In 2008, Ms. Richards was also honored with the Secretary of DHS Silver Medal for leadership in privacy.