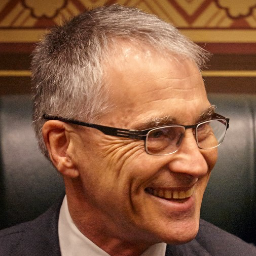 Malcolm Crompton is the Lead Privacy Advisor and was the founder and first Managing Director of Information Integrity Solutions Pty Ltd. IIS isa global consultancy based in Asia Pacific, specialising in data protection, privacy and cyber security strategies. IIS assists companies increase business value and customer trust, and assists governments meet the high standards expected of them in the handling of personal information.

Malcolm was Australia's Privacy Commissioner between 1999 and 2004. He led the implementation of Australia's first broad based private sector privacy law. He was the Foundation President of the International Association of Privacy Professionals Australia New Zealand in 2008 and a Director of the IAPP for 5 years until 2011. Malcolm has advised APEC on the APEC privacy framework since 2003. He has been adviser to OECD on a number of occasions.  He has been a member of external Reference Groups for large research projects funded by the European Union.

Malcolm is a Director of Bellberry Limited, a private not-for-profit company which provides privacy and health ethics advisory services. Malcolm is a member of the NSW Data Analytics Centre Advisory Board and a Visiting Scientist at Data61 in CSIRO.

Between 1996 and 1999, Malcolm was Manager of Government Affairs for AMP Ltd. Early in his career he served in the Australian Public Service, including senior executive positions in the Department of Finance.  He has degrees in Chemistry and Economics and is a Fellow of the Australian Institute of Company Directors.

Malcolm was made a Member of the Order of Australia in the 2016 Queen's Birthday Honours for significant service to public administration, particularly to data protection, privacy, and identity management, and to the community. Malcolm received the 2012 Privacy Leadership Award in Washington DC from the IAPP in recognition of his global reputation and expertise in privacy. He received the inaugural Chancellor's Medal for distinguished contribution to the Australian National University in 2004.

Malcolm is a co-author of The New Governance of Data and Privacy: Moving from compliance to performance, Australian Institute of Company Directors, November 2018.