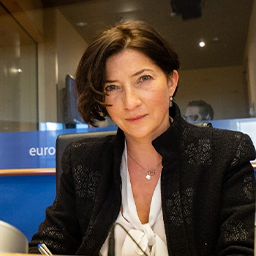 Karolina Mojzesowicz is the Deputy Head of the unit responsible for data protection at the European Commission (DG Justice and Consumers). She was one of the commission's representatives in the interinstitutional negotiations with the Parliament and Council on the General Data Protection Regulation (GDPR). She is now responsible for its implementation in the EU. Mojzesowicz previously served as a member of the European Commission's Legal Service, focusing on EU competition law and international trade law. In that capacity, she represented the commission in numerous cases before the European Courts and before WTO panels and the Appellate Body. Mojzesowicz studied law in Poland, the Netherlands and Germany, where she earned her PhD in 2001. She lectures on EU competition law at the University of Barcelona and Jagiellonian University in Krakow, where she also lectures in procedure, and antitrust and mergers.