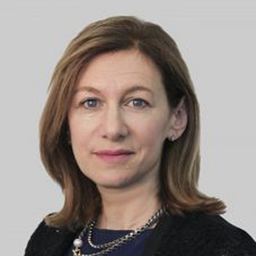 The German Marshall Fund of the United States

Ambassador Karen Kornbluh is Executive Vice President of External Affairs and holds responsibility for leading Nielsen’s global efforts in key areas, including privacy strategy, public policy, and corporate social responsibility. She is also a senior fellow for Digital Policy at the Council on Foreign Relations and a Governor on the Broadcasting Board of Governors. Previously, Karen was unanimously confirmed as U.S. Ambassador to the Organization for Economic Co-operation and Development.  During her tenure, the U.S. spearheaded development of the first global Internet Policymaking Principles, gained OECD agreement to provide open access to its data, and launched the OECD Gender Initiative. Karen served as policy director for President Barack Obama when he served in the Senate. In the Clinton Administration, she was deputy chief of staff at the Treasury Department and director of the Office of Legislative and Intergovernmental Affairs at the Federal Communications Commission. Earlier, Karen was a management consultant at Telesis and an economic forecaster at Townsend-Greenspan & Company. Karen founded the New America Foundation's Work and Family Program and has written extensively about technology policy, women, and family policy for The Atlantic, The New York Times and The Washington Post. New York Times columnist David Brooks cited her Democracy article “Families Valued,” focused on “juggler families” as one of the best magazine articles of 2006. Karen earned a bachelor’s degree from Bryn Mawr College and a Master of Public Policy degree from the John F. Kennedy School of Government at Harvard University.