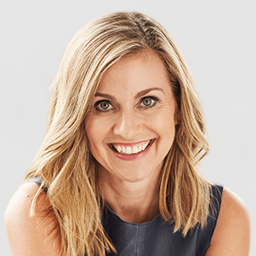 Office of the eSafety Commissioner, Australia

Ms. Inman Grant spent 17 years at Microsoft Corporation, departing in 2012 as the Company's longest serving corporate affairs professional. From 2009 GÇô 2012, she served as Microsoft's Director of Privacy and Internet Safety, based in the U.S. In this global role, she served on the Chief Privacy Officer's leadership team and was the Company's lead business strategist for online safety issues. She worked with a range on industry and government officials on public policy initiatives concerning privacy, data protection, online safety and cloud computing policy in both developed and developing markets.

Prior to this role, Ms. Inman Grant served for nine years in the Asia Pacific region as Asia Pacific Regional Director of Internet Safety, Privacy and Security from 2005-2009 and as head of Microsoft's Corporate Affairs for Australia and New Zealand from 2000-2004, where she built the government, industry and community affairs functions from the ground-up. During her time in Asia, she was deeply involved with the APEC Data Privacy Subgroup and in capacity building efforts across South East Asia. In 2007, she authored one of the first comprehensive analyses on the status of privacy, safety and security laws across the Asia Pacific region.

Ms. Inman Grant commenced her career at Microsoft as one of the Company's first government affairs professionals in Washington, D.C. in 1995. Prior to joining Microsoft, she worked in the non-profit sector and as a Legislative Assistant during the 102nd Congress. Ms. Inman Grant has a BA in International Relations from Boston University, an MA in International Communication from American University and is a Certified Information Privacy Professional (CIPP/US).