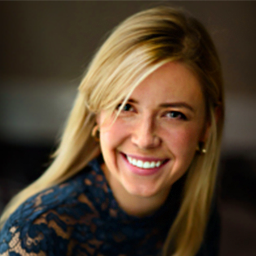 Lien Ceulemans is the Vice President, Global Head of Privacy, managing a large team of privacy experts worldwide, after she joined Salesforce in 2012. As part of this role, she determines Salesforce’s international privacy and data protection strategy relating to the GDPR, the NIS Directive, the California Consumer Privacy Act and the EU E-Privacy Regulation, among others. Prior to joining Salesforce, and both before and during her studies, Lien worked in renowned Belgian and San Francisco based law firms as a technology and privacy lawyer. She was also a teaching assistant at the law school of the University of Leuven, Belgium.

She attended law school at the Catholic University of Leuven (Belgium) and Deusto University (Bilbao, Spain). She received her LLM in Law, Science and Technology from Stanford University Law School (US) in 2009. Lien has since studied for several further certifications, including the CIPP/E (privacy professionals) qualification.

Lien is fluent in Dutch, English, French and Spanish. For her studies in the US, she was awarded a Fulbright, Belgian American Educational Foundation Honorary and Rotary International Fellow scholarships. She also won the American Women's Club of Brussels Award and the Ambassador Fox Award. During her time at Salesforce, Lien has won several individual and leadership awards for her great contributions to the business. In addition to this, she is also a champion of equality and coaching and is very involved in Salesforce's Women’s Network.