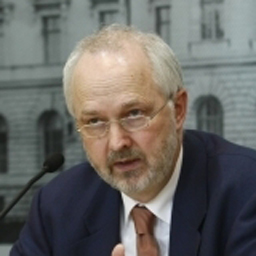 Berlin Commissioner for Data Protection and Freedom of Information

Dr. Alexander Dix, LLM, was elected as commissioner for data protection and freedom of information by the Berlin State Parliament (Germany) in June 2005. Previously, he had been commissioner in the state of Brandenburg for seven years. Dix has 26 years of working experience in the field of data protection.

Dix is a specialist in telecommunications and media and has dealt with a number of issues regarding the cross-border protection of citizens' privacy. He chairs the International Working Group on Data Protection in Telecommunications (the Berlin Group) and is a member of the Article 29 Working Party of European Data Protection Supervisory Authorities. In the Working Party, Dix represents the Data Protection Authorities of the 16 German states (L+ñnder). He also chairs the subgroups on International Data Transfers as well as on Telemedia and Telecommunications set up by the German supervisory authorities cooperating in the so-called D++sseldorfer Kreis. In 2009 his office imposed a fine of 1.1 Mio Euros on the German Railways for illegally monitoring their workforce. The fine'the highest to be imposed by a single supervisory authority in Germany'was accepted and paid.

A native of Bad Homburg, Hessen, Dix graduated from Hamburg University with a degree in law in 1975. He received a master of laws degree from London University after studies at the London School of Economics and Political Science in 1976 and a doctorate in law from Hamburg University in 1984. He has published extensively on issues of data protection and freedom of information.