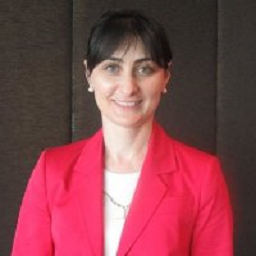 Until June 2014, Olga was the General Counsel and Company Secretary of the Veda Group. Veda is the operator of Australia’s largest and oldest consumer credit reporting business, a commercial credit reporting business and a number of other data driven business in Australia and New Zealand. Veda also owns or operates a number of joint ventures in the Middle East and in parts of Asia. In December 2013, the Veda Group was listed on the ASX.

Olga is a seasoned privacy and regulatory lawyer and has had extensive experience in most things data and privacy, ranging from building privacy facing compliance frameworks and functions, defending class actions and other litigation, conducting privacy audits and advising on complex data structures and commercial arrangements where data is a vital and valuable asset. In the last few years, much of Olga’s work has involved the privacy law reform process, culminating in the far reaching changes to the Privacy Act 1988 that took effect in March this year, and the implementation of those reforms in a commercial setting.

Prior to joining the Veda Group in 2006, Olga was in private practice, specialising in employment law, litigation and privacy and data related issues.