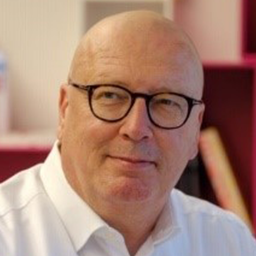 Ulmer studied law in Germany with practical studies in Haifa, Israel.
The first years worked for a law firm in Germany focused on Corporate Law, M&A and Labor Law before he joined the debis Systemhaus GmbH, a DaimlerChrysler subsidiary as a legal advisor. Shortly after joining the debis Systemhaus Group it was merged with Deutsche Telekom subsidiaries and Ulmer took over the position as Head of the Data Protection/Privacy organization at T-Systems International Group.
In July 2002 he was appointed the Group Data Privacy  Officer  with  Deutsche  Telekom  Group and has been responsible since then for the worldwide Data Privacy strategy and governance of Deutsche Telekom Group. In 2007 the headquarter unit “Group Privacy” with over 60 Data Protection experts was formed which he is leading today.

Ulmer has made many publications in national and international specialized press and published “The Data-Protection-Handbook Telecommunication”.
He has been also speaker at several national and international conventions.
Ulmer is lecturer for the Data Protection and IT-Security Academy in Ulm, Germany, which is a training institute for Data Protection and Privacy Officers.
He is representing the German Industry Association in the advisory board of the Data Protection Foundation of the Federal Republic of Germany.
Dr. Ulmer also supports startup companies and new visionary ideas in the digital area. E.g. he is member of the advisory board of Motionlogic, a company that provides traffic information in basis of anonymous call detail records.
Dr. Ulmer has also supported governmental delegations of several states and companies with strategic and managerial advise for data privacy processes and management systems.