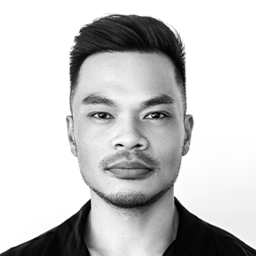 Ron De Jesus is the Chief Privacy Officer at Grindr, the world’s largest social networking app for the LGBTQ+ community, and founder and CEO of De Jesus Consulting, a boutique privacy consulting firm.

Previously, Ron led the privacy function at Tinder, where he was responsible for developing and operationalizing the company’s GDPR strategy. Ron later served as Privacy Program Manager for all North American brands owned and operated by Match Group, Inc., including Tinder, PlentyOfFish, OKCupid, Match.com, and Hinge.

Prior to Tinder, Ron was the Global Privacy Director for Tapestry, Inc., based in New York, where he developed its global privacy program and managed privacy compliance efforts across all its brands. Ron also previously served as Privacy Director for American Express’ Global Network Services.

In 2013, Ron helped establish PwC's Data Protection & Privacy Practice in New York, where he led privacy engagements globally. Prior to PwC, Ron was a Manager at Deloitte, where he designed functional privacy controls and managed company registrations with EU authorities. In his early career, Ron consulted for Anzen, Inc., a boutique data privacy firm based in Toronto.

Ron sits on the IAPP Publications Board, co-authored the latest CIPM textbook, and is a former CIPT Exam Development Board member. He previously co-chaired KnowledgeNet Chapters in New York and Los Angeles and is a regular contributor to the IAPP Privacy Advisor. Ron is also an IAPP Training Partner and Faculty Member.