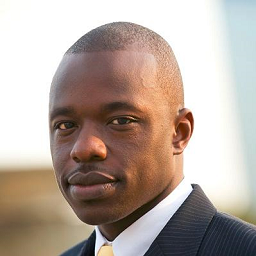 Elias Okwara, CIPP/E, CIPP/US, is Africa Policy Manager at Access Now, Partner at the Africa Risk Management & Compliance Partners (ARMC) and a member of the African Union Task Forces on Cybersecurity and the Malabo Convention (African Union Convention on Cybersecurity and Personal Data Protection). He has over 10 years of experience across life sciences, financial services, security and defense, data protection and cybersecurity. He worked for Fortune 500 companies and Executive and Legislative arms of government in Asia-Pacific, EMEA and the United States.

He served Finland’s first female Prime Minister Anneli Jäätteenmäki and European Parliament Vice President Libor Rouček as a legislative aide, speech writer and spokesperson on matters primarily in security and defense and human rights. Later, he developed policy for the NATO Heads of State chaired by U.S. President Barack Obama on cyber defense and Operation Unified Protector in Libya, among others. The U.S. Department of Defense’s widely successful 2016 Hack the Pentagon Initiative is in keeping with recommendations from Elias’s group.

In the private sector, Elias worked in Silicon Valley for Australian-founded UpGuard where he oversaw compliance strategies based on cybersecurity regulations and cyber defense initiatives. He guided clients and internal product and engineering teams particularly with regard to U.S. state and federal rules and regulations. At LexisNexis Risk Solutions–then Health Market Science–he founded the Data Protection and Product Compliance Programs for multimillion verticals leading the efforts for multi-state and multinational expansion that resulted in unprecedented revenues.

Elias was a STAR (Student Tackling Advanced Research) Scholar at Drexel University, where he graduated with a Bachelors in International Area Studies and Legal Studies-Business. He studied at the Royal Military Academy of Belgium and Vrije Universiteit Brussel (VUB), and also learned peace and conflict resolution in England and Jordan with the Foundation for International Education (FIE). Elias is currently undertaking an MBA with the University of East London.