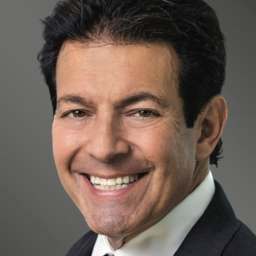 Ian has been named by the LA and San Francisco Daily Journal as one of the Top 75 intellectual property litigators in California in every year that the list has been published (2009 through 2022). He has been listed in Best Lawyers in America consistently every year since 2003 and was named Lawyer of the Year for Information Technology in 2023, 2022, 2020, 2019, 2018, 2016 and 2013. In 2022, 2021, 2020, 2019 and 2018 he was recognized as one of the Top 1,000 trademark attorneys in the world for his litigation practice by World Trademark Review. In 2022, Ian was named to Lawdragon’s list of the Top 500 Lawyers in America and he has been included on the Daily Journal's annual list of the Top 100 Lawyers in California. In addition, in 2019 he was named one of the top 20 Cybersecurity lawyers in California and in 2018 one of the Top Cybersecurity/Artificial Intelligence lawyers in California by the Los Angeles and San Francisco Daily Journal. He received the “Trailblazer” Award, Intellectual Property, 2017 from The National Law Journal and he has been recognized as a “Groundbreaker” in The Recorder’s 2017 Litigation Departments of the Year Awards. He was also recognized as the 2012 New Media Lawyer of the Year by the Century City Bar Association. In 2010, he was the recipient of the California State Bar Intellectual Property Law section's Vanguard Award for significant contributions to the development of intellectual property law. Ian was listed in Variety's "Legal Impact Report: 50 Game-Changing Attorneys" and has been named a Northern California Super Lawyer every year from 2004 through 2021 and a Southern California Super Lawyer for every year from 2007-2021. He has also been listed in Legal 500 U.S., The Best Lawyers in America (in the areas of information technology and intellectual property) and Chambers and Partners USA Guide in the areas of privacy and data security and information technology.

Ian is also the author of the leading treatise on internet and mobile law, E-Commerce and Internet Law: Treatise with Forms 2d edition, the 5-volume set published by West (www.IanBallon.net) and available on Westlaw, which includes extensive coverage of intellectual property law issues. In addition, he is the author of The Complete CAN-SPAM Act Handbook (West 2008) and The Complete State Security Breach Notification Compliance Handbook (West 2009). In addition, he serves as Executive Director of Stanford University Law School’s Center for the Digital Economy. He also chairs PLI's annual Advanced Defending Data Privacy, Security Breach and TCPA Class Action Litigation conference. Ian previously served as an Advisor to ALI’s Intellectual Property: Principles Governing Jurisdiction, Choice of Law, and Judgments in Transactional Disputes (ALI Principles of the Law 2007) and as a member of the consultative group for ALI’s Principles of Data Privacy Law (ALI Principles of Law 2020).

Ian holds JD and LLM degrees and the CIPP/US certification from the International Association of Privacy Professionals (IAPP).