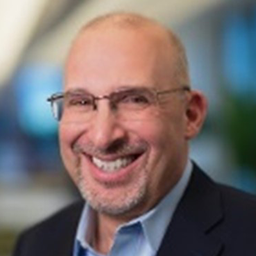 Stuart Rubinstein serves as Chief Executive Officer of Akoya, LLC, an independent company spun out of Fidelity Investments in 2020. Akoya is now owned equally by Fidelity and eleven member banks of The Clearing House.  Mr. Rubinstein conceived and launched Akoya and built the team focused on helping financial institutions enable consumers to securely permission third-parties to access their account data and documents.

Mr. Rubinstein joined Fidelity in September 2014 as senior vice president of Digital Solutions for the company’s Personal Investing (PI) division. In this role, he oversaw the online client experience for Fidelity’s flagship retail website and mobile applications. During his tenure, Fidelity was named the No. 1 online broker by Barron’s, Investor’s Business Daily, and Kiplinger’s.

Before joining Fidelity, Mr. Rubinstein was managing director of eCommerce at TD Ameritrade. His tenure included leading the company’s retail web, mobile and social media initiatives and, prior to that, leading retail and financial advisor marketing. He has also led eCommerce initiatives for Goldman Sachs and the Dreyfus Corporation. Earlier in his career, Mr. Rubinstein held positions in life insurance, consumer software, and other consumer product industries.

Mr. Rubinstein has testified on data privacy issues before the United States Senate Banking Committee and The House Financial Services Committee’s Subcommittee on Financial Institutions and Consumer Credit. He has been a member of Fidelity’s Technology Audit Advisory Committee and its Customer Protection Steering Committee.

Mr. Rubinstein holds a Bachelor of Science degree in management information systems from the State University of New York at Albany, and an MBA in marketing from New York University’s Stern School of Business.