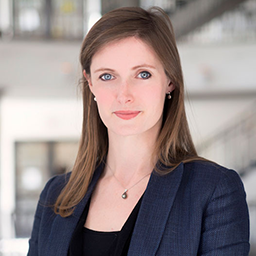 Alexandra Reeve Givens is president and CEO of the Center for Democracy and Technology and an advocate for using technology to increase equality, amplify voices, and promote human rights. At CDT, she leads a diverse team that is putting democracy and individual rights at the center of the digital revolution.

Prior to joining CDT, Givens served as the founding executive director of the Institute for Technology Law & Policy at Georgetown Law, where she set the institute’s research agenda, and directed its public convenings, curricular activities, strategic development, and stakeholder engagement. While at Georgetown, Givens also taught the two foundation seminars for Georgetown Law’s Tech Law Scholars Program, inviting law students to develop a concentration in technology law and policy, and was a founding leader of the university’s Initiative on Tech & Society.

Givens previously served as chief counsel for IP and antitrust on the Senate Judiciary Committee. She developed legislative and oversight strategy on matters including patent reform, federal trade secrets legislation, net neutrality, First Amendment issues surrounding online speech, access to medicines, and oversight of mergers and antitrust policy. Givens began her career as a litigator at Cravath, Swaine & Moore in New York City, and taught for five years as an adjunct professor at Columbia University School of Law.

Givens serves on the board of the Christopher & Dana Reeve Foundation and is a mayoral appointee on D.C.’s Innovation and Technology Inclusion Council. She holds a bachelor’s degree from Yale University and a law degree. from Columbia University School of Law. You can find her on Twitter and LinkedIn.