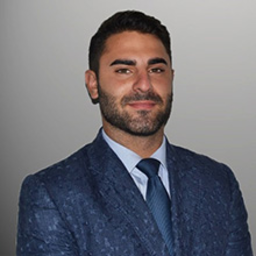 Noah A. Rubin is a manager within the DFIR practice in Stroz Friedberg's Chicago office. He has myriad responsibilities, including evidence handling and verification, forensic preservation, and analysis of digital media. Noah has worked on a variety of casework, including corporate penetration tests, large-scale incident response matters, and postmortem analysis of compromised environments. Additionally, Noah manages and mentors employees, and helps lead internal research and software development efforts.

Before joining Stroz Friedberg, Noah worked at several software development firms in both the U.S. and China, where he focused on secure application development for the health care, finance, and biotech industries, among others. He has written white papers and extensive documentation, performed code review in multiple programming languages and provided technical consulting on application architecture and implementation.

Noah has been a GIAC Certified Forensic Examiner (GCFE) since 2016, GIAC Security Essentials Certified (GSEC) since 2017, GIAC Certified Forensics Analyst (GCFA) since 2018, and GIAC Certified Malware Reverse Engineer (GREM) since 2019. He is a graduate of Cornell University, where he received a B.S. in Policy Analysis and Management and a minor in Computer Science. He also pursued an academic focus in mathematics and statistics, and conducted neuroscience research in the areas of risky decision-making and mental illness classification.

In addition to the aforementioned academic pursuits, Noah studied Mandarin Chinese for over 14 years, including a 3 month tenure in Shanghai studying Chinese language and culture, and working at a technology company at TongJi University.