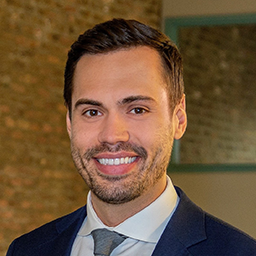 John Michels is a cybersecurity, privacy, and data protection attorney at Paul Hastings focusing on data breach investigation and response, privacy litigation, and regulatory compliance counseling. He advises companies in an array of industries, including aerospace and aviation, electronics and semiconductor manufacturing, finance, health care, and business services. John holds a J.D. from the Northwestern Pritzker School of Law, where he served as an Associate Editor of the Northwestern University Law Review.

Prior to law school, John was a combat survival, enemy evasion, interrogation resistance, and captivity escape specialist for the U.S. Air Force. During his eight years of service, he occupied a variety of leadership roles involving operational planning and personnel recovery coordination, including a deployment to U.S. Central Command in support of Operation Inherent Resolve.