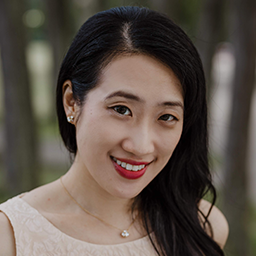 Jamie Huang is a policy/privacy analyst with master’s degrees in public policy and Middle Eastern Studies. She originally moved to Washington DC planning to join the Department of State’s Foreign Service but instead found herself working on domestic information technology (IT) policy & oversight. As an Asian American woman with 5 years of Federal cybersecurity, IT policy, and now privacy compliance experience, she believes that privacy (including regulatory & acquisition contract management) and technology (IT policy) can coexist while strengthening data protection.

Jamie has served on GovLoop’s Next Gen Advisory Board and participated in the 2017 Next Gen Summit as a speaker to share her experience of surviving the USA jobs selection process to land a position at the Office of Management and Budget, Executive Office of the President. During that time she served as Vice Chair on the Federal Geographic Data Committee leadership team to elevate Geographic Information System (geospatial) matters to OMB senior leadership as a performance analyst. She then went to DHS HQ Privacy Office to learn about privacy matters before continuing her public service ethos at Department of Justice Office of Privacy and Civil Liberties.

In addition to leading a sporty lifestyle such as curling, snowboarding, half marathon running and recently scuba diving, her three main hobbies include traveling, splurging on fine dining, and playing with her rescue cat Chewy.