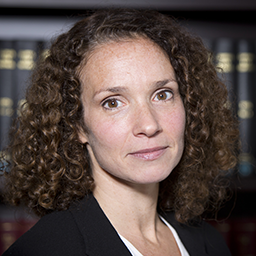 Anya Proops QC is a barrister at 11KBW Chambers and a leading UK privacy practitioner. In recognition of her work in this area, she is listed a ‘Leading Silk’ in the Legal 500, a ‘Star Individual’ in Chambers & Partners and she was also named in The Lawyer’s ‘Hot 100 Lawyers 2019’. As well as acting across the usual array of privacy cases, Anya has particular expertise in large scale data breach cases, where she acts for controllers on both the civil litigation side and the regulatory side. Her key cases include: Facebook v Information Commissioner (2019) (Anya appeared on behalf of Facebook in the context of its challenge to the monetary penalty imposed by the ICO on Facebook in connection with the Cambridge Analytica affair); Various Claimants v Morrisons (2019) (first UK group action under the DPA 1998 – recently heard in the UK Supreme Court); Various Claimants v British Airways (2019) (first UK group action brought under the GDPR); NT1 v Google [2018] EWHC 1497 (first UK right to be forgotten case); Vidal-Hall v Google [2015] EWCA Civ 311 (CA – concerning the legality of Google’s internet tracking activities and the recoverability of distress damages);  Satakunnan Markkinapörssi Oy and Satamedia Oy v Finland (2018) 66 EHRR 8 (ECtHR – legality of dissemination of citizens’ tax data); Magyar Jeti v Hungary [2018] (ECtHR – liability for linking to third party content online); Dawson-Damer v Taylor Wessing [2017] EWCA Civ 74 (CA – leading authority on subject access regime); Commissioner of Police of the Metropolis v XYZ (Children) [2015] 1 WLR 2501 (CA – disclosure of police-held DNA data) and WXYZ v Secretary of State for Health [2015] EWCA 1034 (CA - whether patient data private and confidential). Anya is a co-founder of 11KBW's information law blog, 'Panopticonblog’.